In his 2010 State of the City address, Mayor Michael R. Bloomberg committed to finding new ways to tackle the broad disparities slowing the advancement of black and Latino young men relative to their peers in New York City. The Young Men's Initiative, launched by the Mayor Bloomberg in August 2011, is the culmination of 18 months of researching the causes of those disparities and their potential remedies.

Through broad policy changes and agency reforms, a public-private partnership will invest more than $43 million annually in programs that will connect young men to education, employment, and mentoring opportunities; improve their health; and reduce their involvement with the criminal justice system. This report highlights both the Young Men's Initiative policy goals, which include numerous efforts to break down legislative and institutional barriers to achievement for young men of color; and the new Young Men's Initiative programs that offer expanded access to key skills and services. 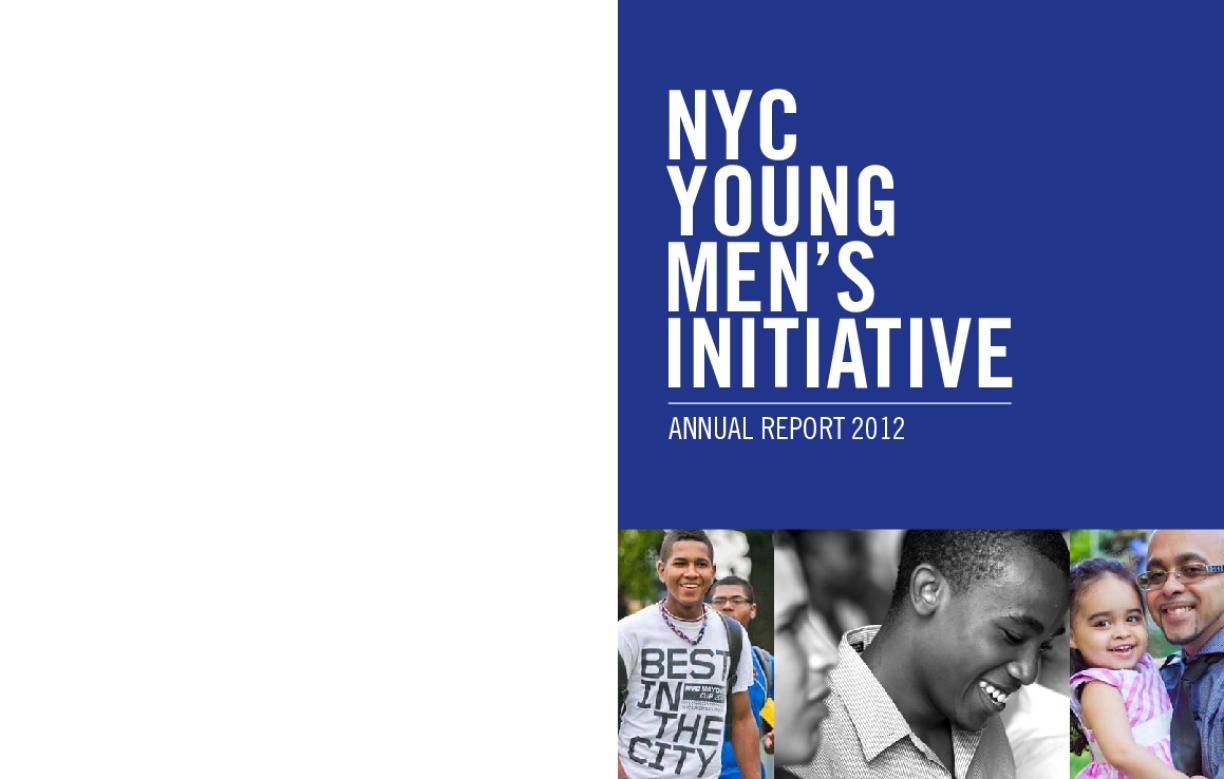