Young Americans and the Midterm Election

The next generation of potential voters can turn their political pessimism into action in the 2018 midterms, according to the latest wave of the MTV/AP-NORC Youth Political Pulse Survey.

Young people age 15 to 34 express widespread pessimism toward the political system and discourse in the United States today. Fifty-seven percent say they are doubtful that people of different political views can come together and work out their differences, and less than 1 in 5 hold out hope that these political divisions will heal over the next five years. Just 1 in 10 have felt positive or excited about the state of the country in the past month, and about 7 in 10 say American politics are dysfunctional. 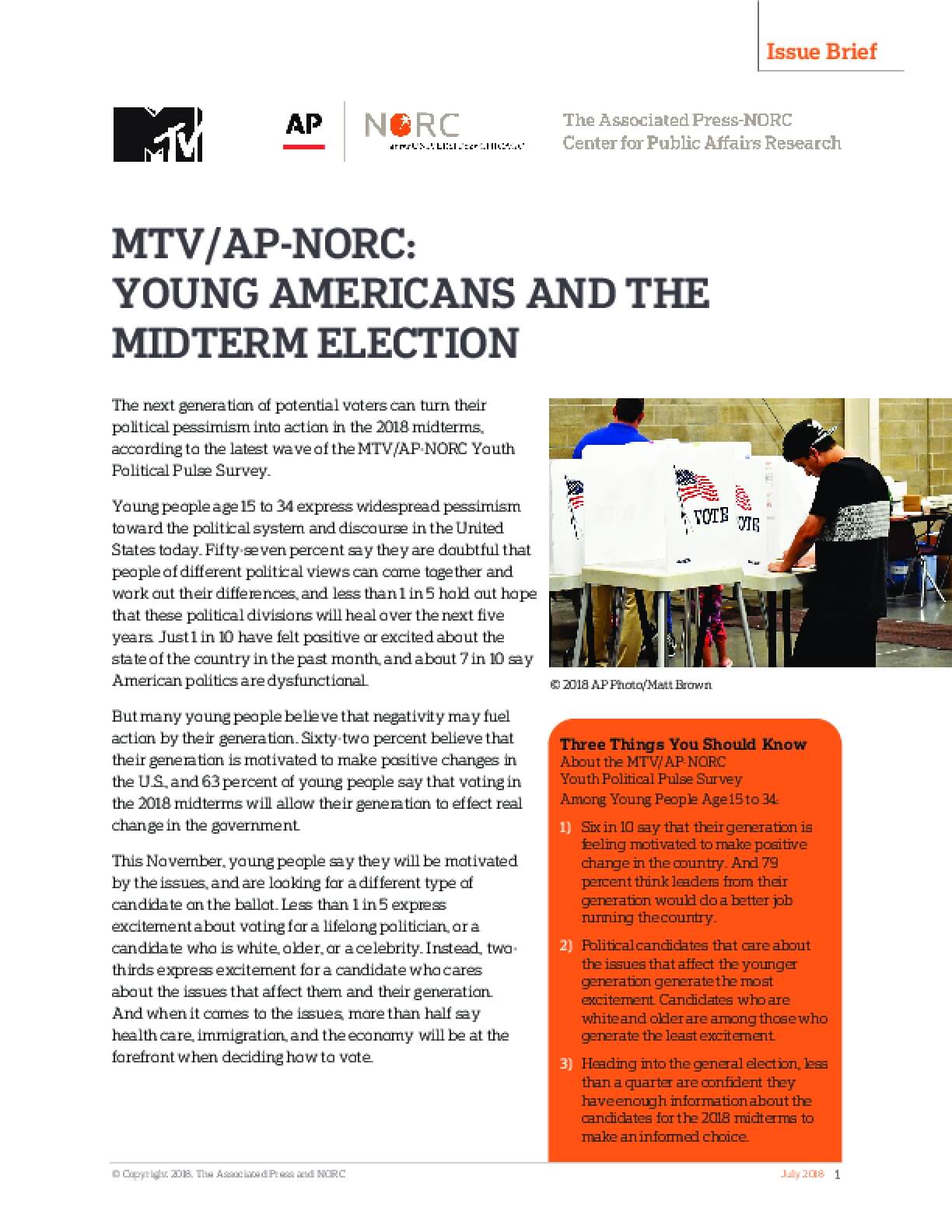