What Unites and Divides Urban, Suburban and Rural Communities

Large demographic shifts are reshaping America. The country is growing in numbers, it's becoming more racially and ethnically diverse and the population is aging. But according to a new analysis by Pew Research Center, these trends are playing out differently across community types. Urban areas are at the leading edge of racial and ethnic change, with nonwhites now a clear majority of the population in urban counties while solid majorities in suburban and rural areas are white. Urban and suburban counties are gaining population due to an influx of immigrants in both types of counties, as well as domestic migration into suburban areas. In contrast, rural counties have made only minimal gains since 2000 as the number of people leaving for urban or suburban areas has outpaced the number moving in. And while the population is graying in all three types of communities, this is happening more rapidly in the suburbs than in urban and rural counties. 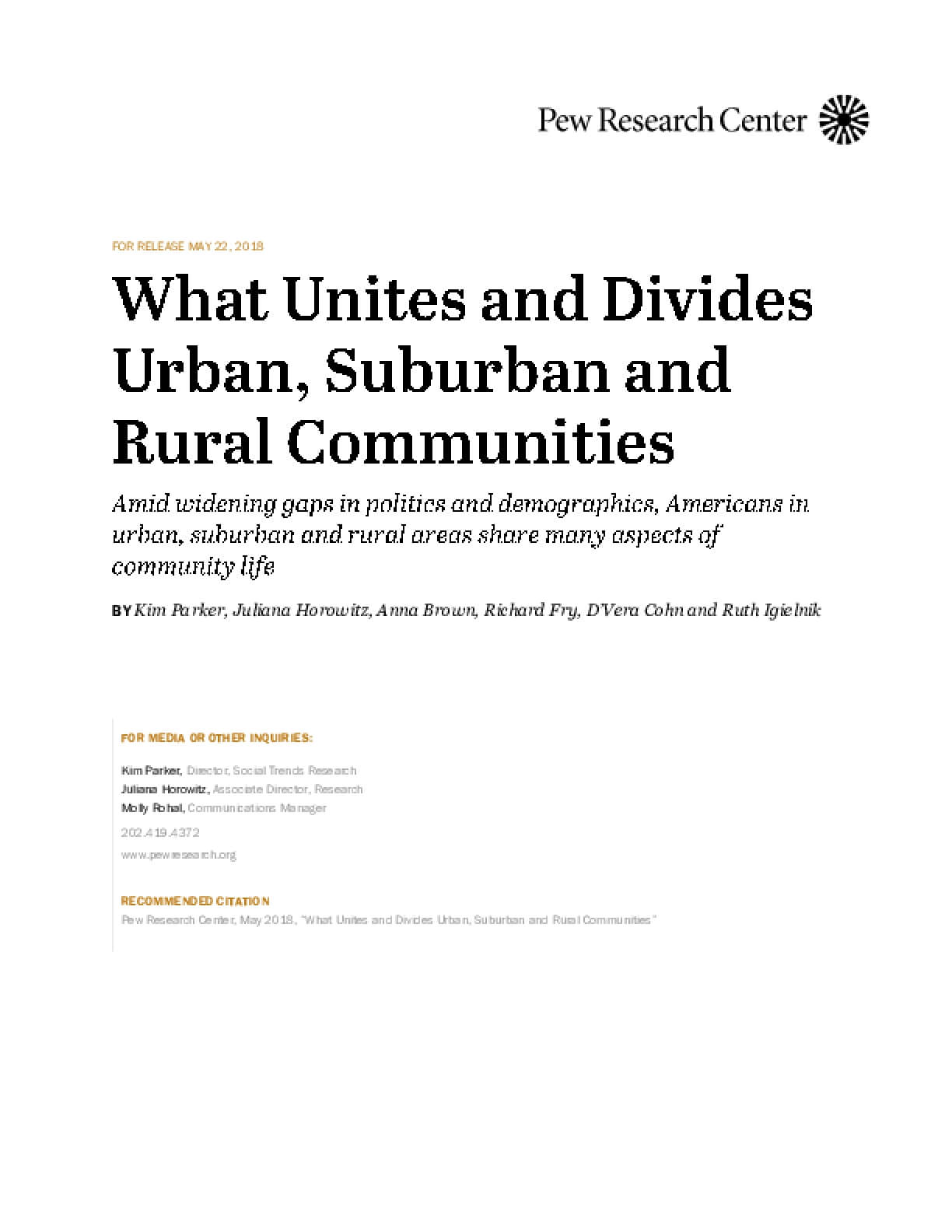