True Merit: Ensuring Our Brightest Students Have Access to Our Best Colleges and Universities

America's top colleges and universities should institute an admissions preference for low-income students because such students -- even when they are high-achievers academically -- now face unjustified barriers and make up a mere 3 percent of enrollment at the elite schools, according this report from the Jack Kent Cooke Foundation. The Cooke Foundation found that such a "poverty preference" for admissions to selective higher education institutions, akin to existing preferences for athletes and the children of alumni, would create a more level playing field for disadvantaged students. The Cooke Foundation report shows dramatic differences between enrollment rates at the most selective schools for students from families with the highest and lowest incomes. It highlights the major challenges low-income, high-achieving students face when seeking admission to these colleges and universities. Perhaps the most significant new finding of the report is that the vast majority of students in America's most competitive institutions of higher education -- 72 percent -- come from the wealthiest 25 percent of the U.S. population. In sharp contrast, only 3 percent of students in the most selective schools come from the 25 percent of families with the lowest incomes. The report is the first comprehensive analysis conducted on the postsecondary admissions process as it affects high-achieving, low-income applicants. 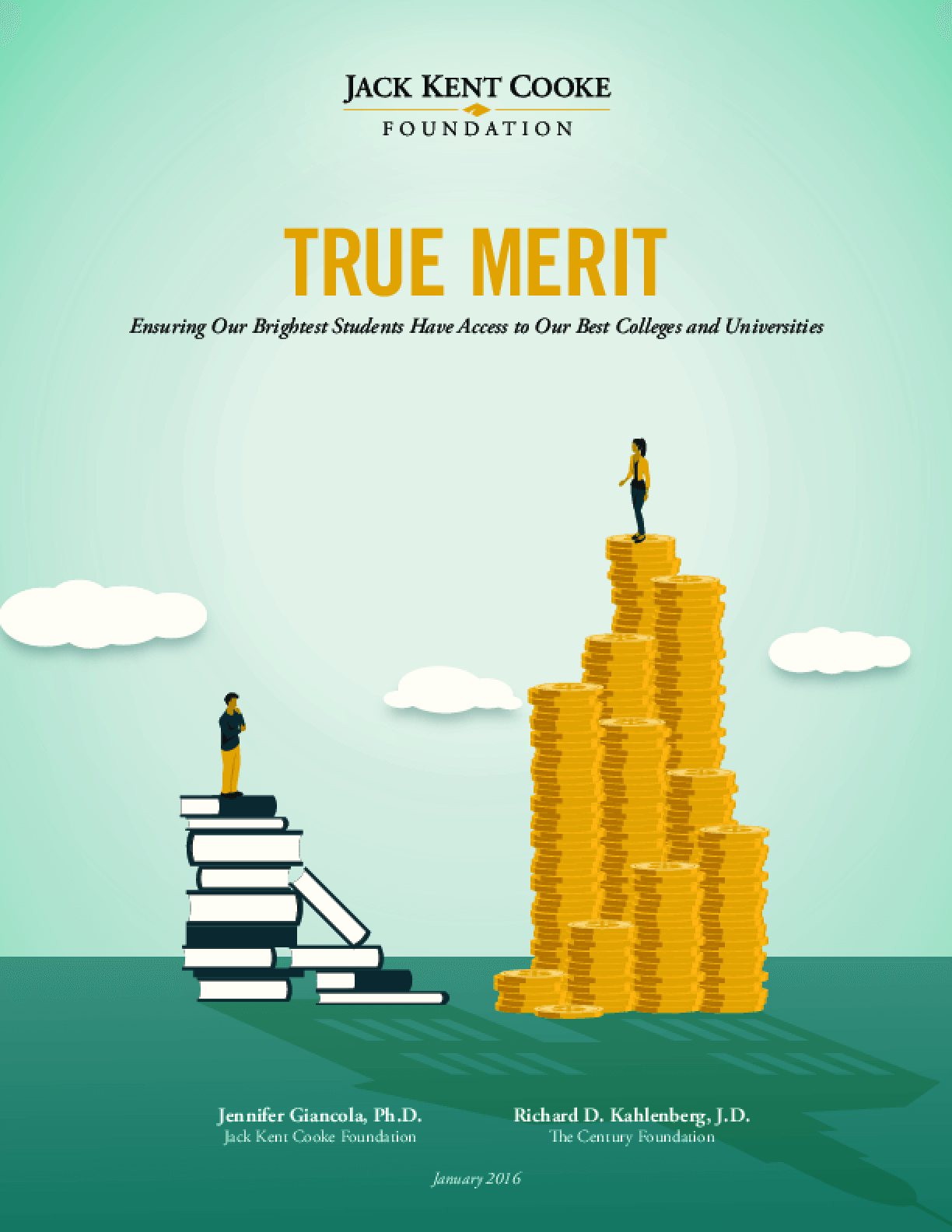