The Spatial Expansion and Ecological Footprint of Fisheries (1950 to Present)

Using estimates of the primary production required (PPR) to support fisheries catches (a measure of the footprint of fishing), we analyzed the geographical expansion of the global marine fisheries from 1950 to 2005. We used multiple threshold levels of PPR as percentage of local primary production to define 'fisheries exploitation' and applied them to the global dataset of spatially-explicit marine fisheries catches. This approach enabled us to assign exploitation status across a 0.5° latitude/longitude ocean grid system and trace the change in their status over the 56-year time period. This result highlights the global scale expansion in marine fisheries, from the coastal waters off North Atlantic and West Pacific to the waters in the Southern Hemisphere and into the high seas. The southward expansion of fisheries occurred at a rate of almost one degree latitude per year, with the greatest period of expansion occurring in the 1980s and early 1990s. By the mid 1990s, a third of the world's ocean, and two-thirds of continental shelves, were exploited at a level where PPR of fisheries exceed 10% of PP, leaving only unproductive waters of high seas, and relatively inaccessible waters in the Arctic and Antarctic as the last remaining 'frontiers.' The growth in marine fisheries catches for more than half a century was only made possible through exploitation of new fishing grounds. Their rapidly diminishing number indicates a global limit to growth and highlights the urgent need for a transition to sustainable fishing through reduction of PPR. 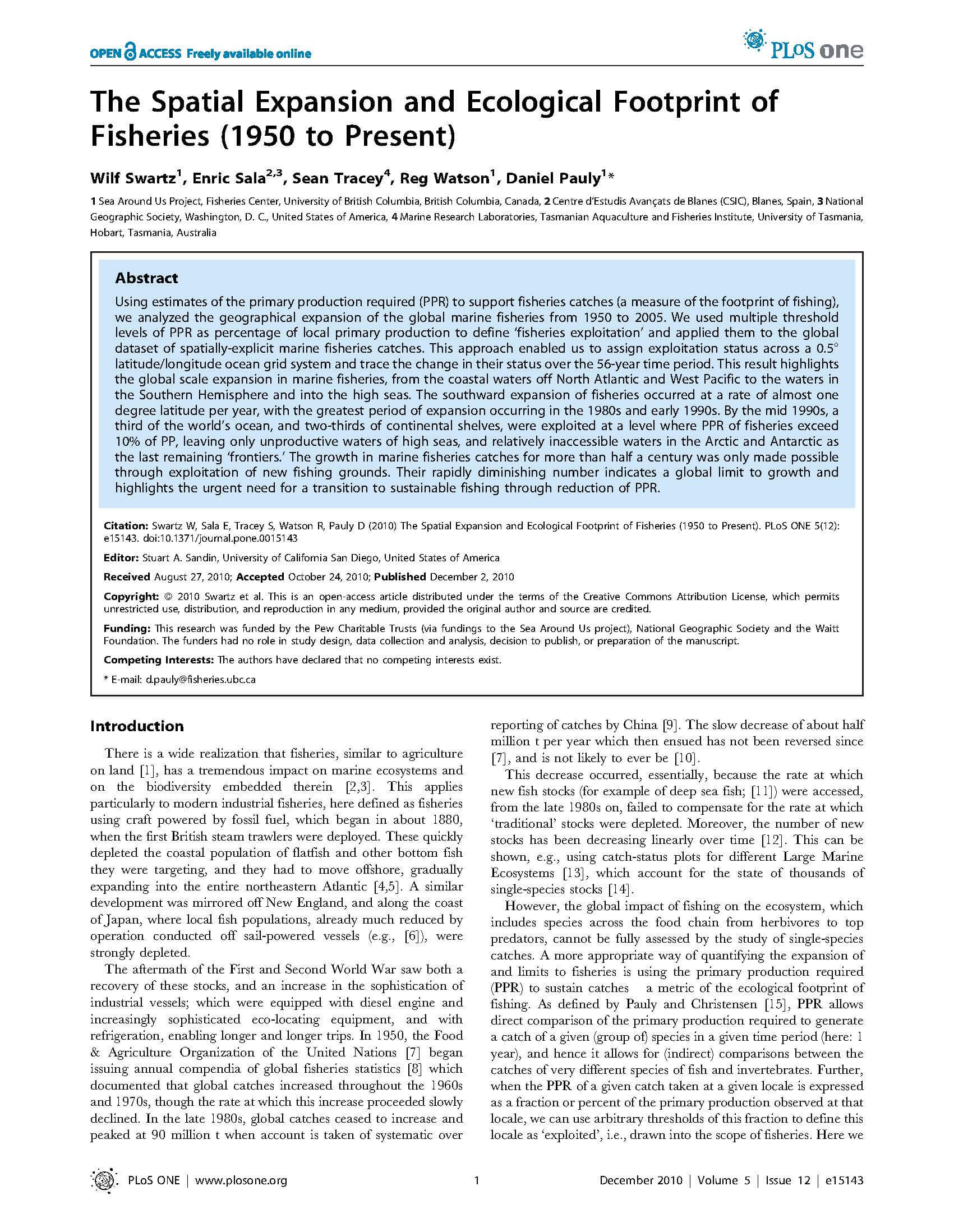