The Rise of Single Fathers: A Ninefold Increase Since 1960

A record 8% of households with minor children in the United States are headed by a single father, up from just over 1% in 1960, according to a Pew Research Center analysis of Decennial Census and American Community Survey data.The number of single father households has increased about ninefold since 1960, from less than 300,000 to more than 2.6 million in 2011. In comparison, the number of single mother households increased more than fourfold during that time period, up to 8.6 million in 2011, from 1.9 million in 1960 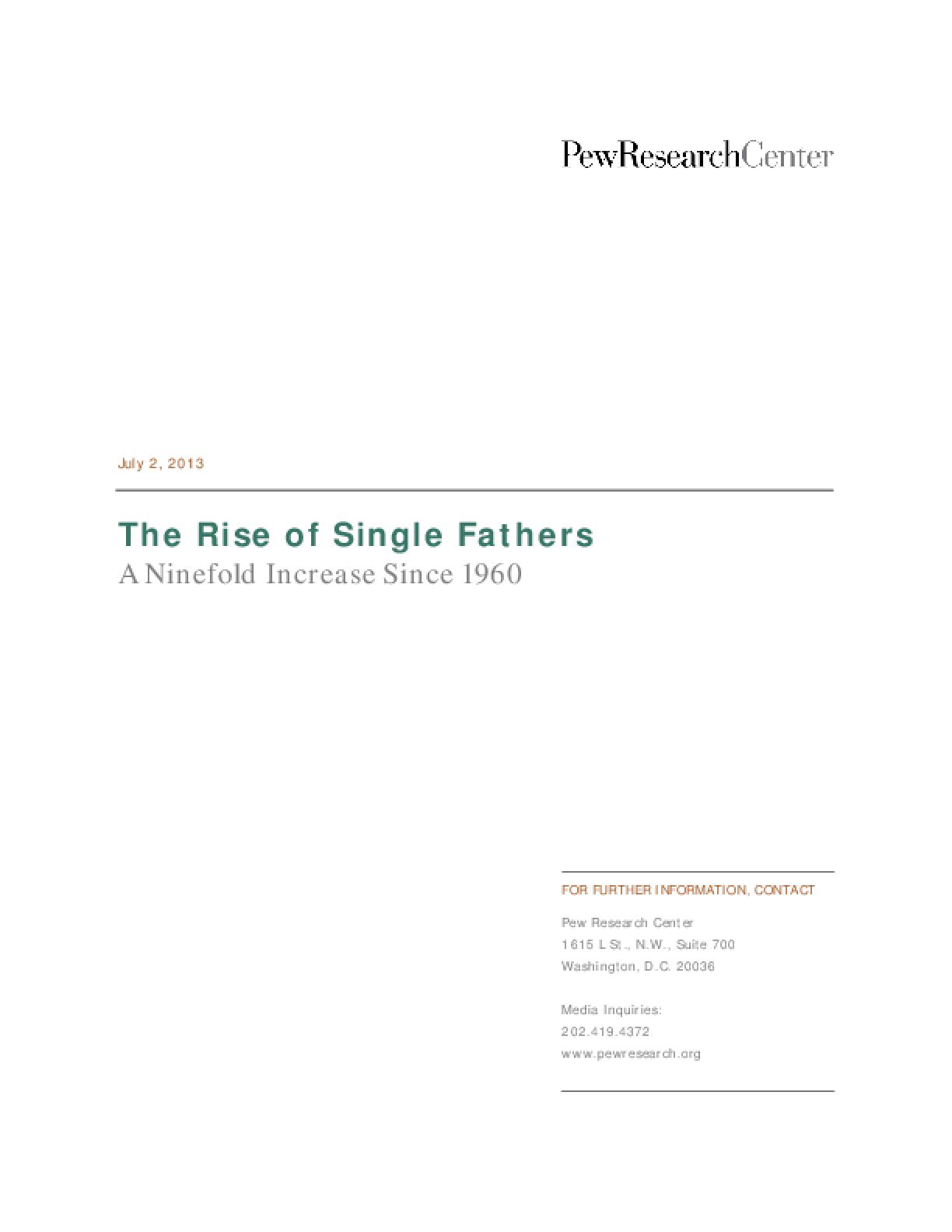