The Interaction Between the Minimum Wage and the Federal EITC

In this fact sheet, authors Andrew Schaefer, Jessica Carson, Marybeth Mattingly, and Andrew Wink examine the interaction between the minimum wage and the federal Earned Income Tax Credit (EITC) to determine whether a minimum wage increase would produce gains in the sum of earnings plus EITC dollars for low-income workers. They report that for workers earning the minimum wage, an increase would result in higher income; none would experience a lower net income due to changes in the federal EITC credit (though this may be offset by loss of other safety net program benefits). For some family types, increased income would come primarily from a higher minimum wage; for others, gains would also come from the higher-value federal EITC triggered by their higher earnings. 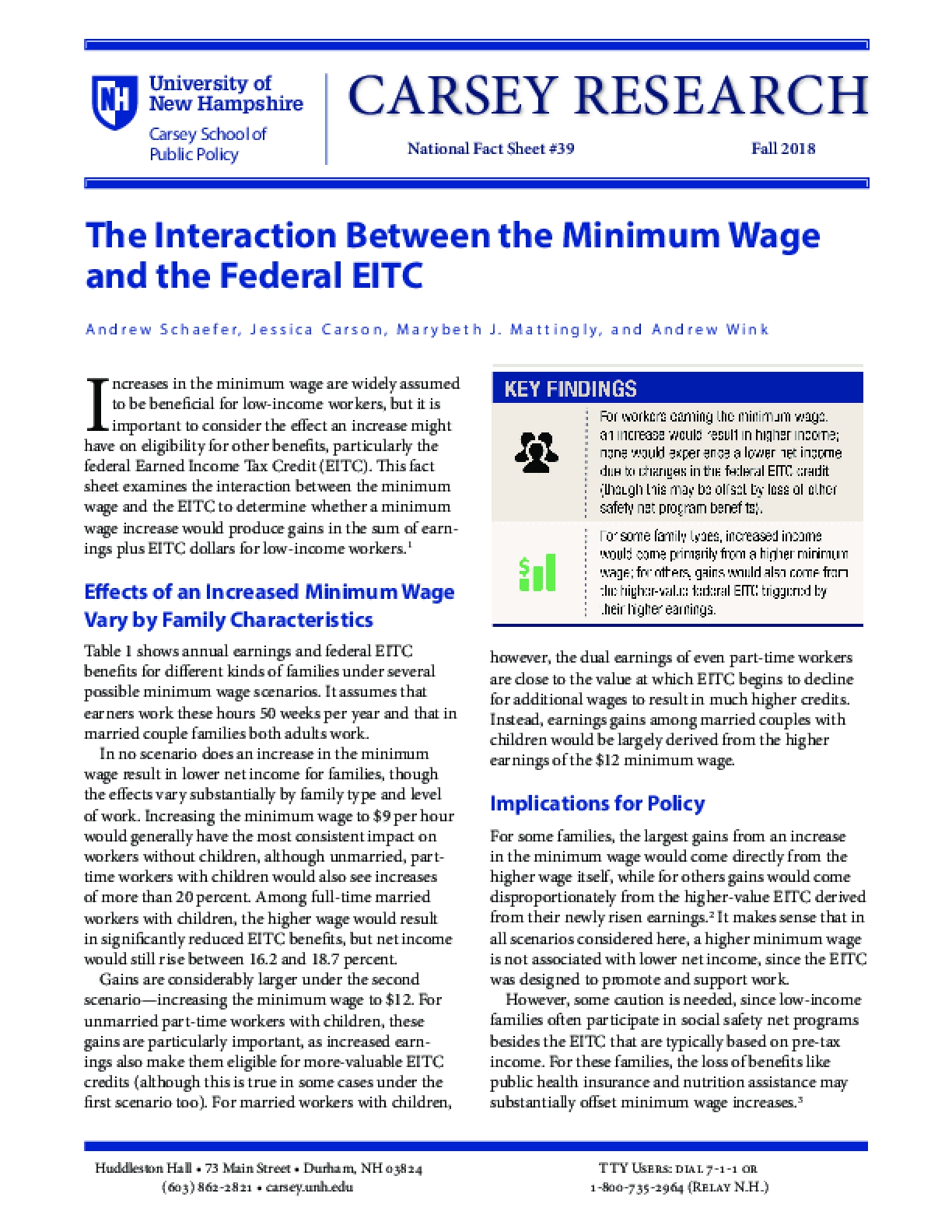