The Equity Solution: Racial Inclusion Is Key to Growing a Strong New Economy

America is quickly becoming a majority people of color nation. At the same time, inequality is skyrocketing and racial inequities—from the homogeneity of the tech sector to the segregated suburbs of St. Louis—are wide, persistent, and glaring. Equity—just and fair inclusion of all—has always been a moral imperative in this country, but a new consensus is emerging that equity is also an economic imperative. Scores of economists and institutions like Standard & Poor's and Morgan Stanley now believe that rising inequality and low wages for workers on the bottom rungs of the economic ladder are stifling growth and competitiveness, and that racial inequities threaten economic growth and prosperity as people of color become the majority.

This brief offers new research to inform the debate about equity and the future of the American economy. Using data on income by race, we calculate what total earnings and economic output would have been for the nation in 2012 if racial differences were eliminated and all groups had similar average incomes as non-Hispanic whites. This analysis does not assume that everyone has the same income, rather that the income distributions do not differ by race and ethnicity. We also examine how much of the income gap is attributable to wage differences versus employment differences (measured by hours worked). 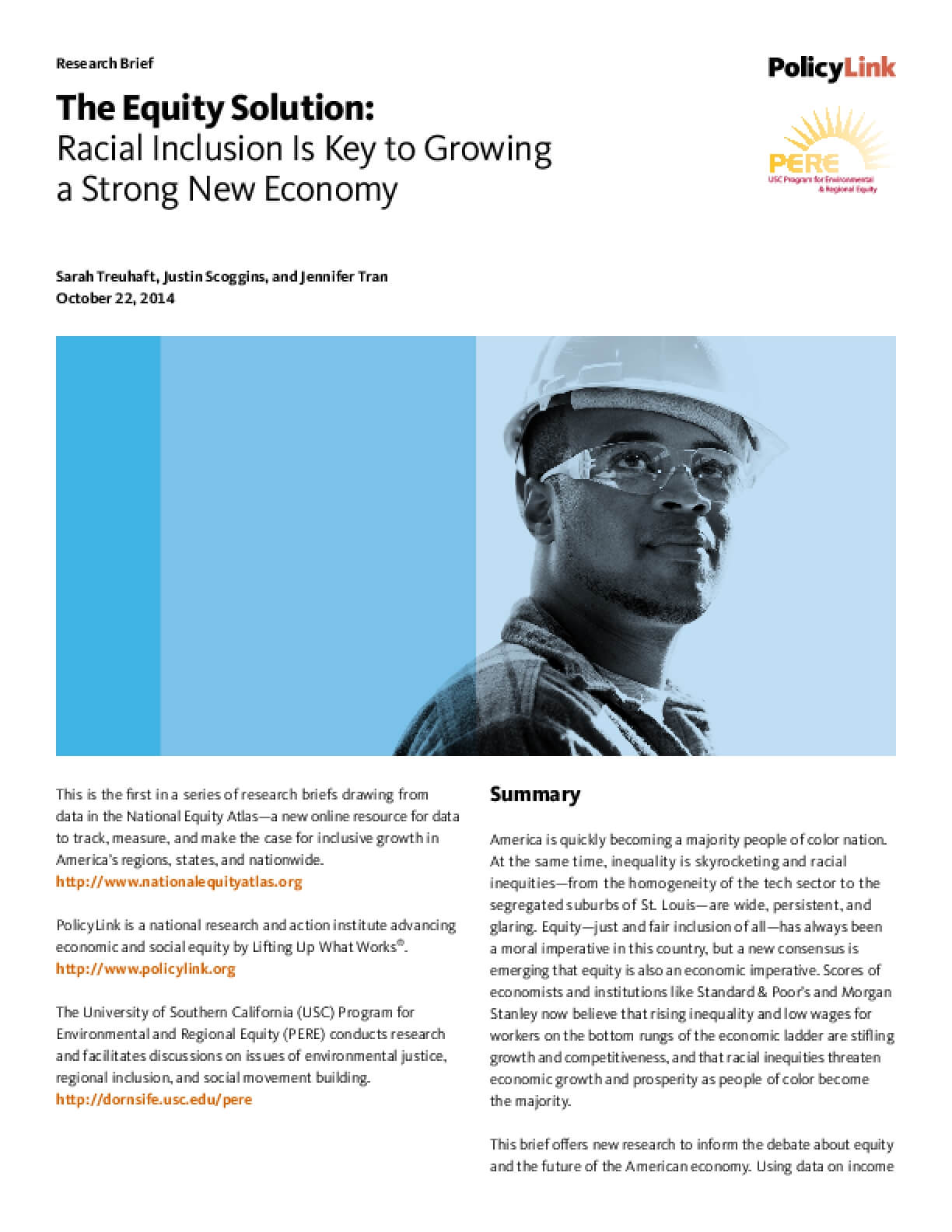