The Benefits of Public Protections: Ten Rules That Save Lives and Protect the Environment

When fully implemented, results from benefit-cost analyses estimate that these rules will save over 10,000 lives and prevent 300,000 cases of disease, illness, or injury each year. Using standard benefit-cost analysis methodology (which consistently underestimates social benefits and overestimates compliance costs), nine of the ten significant public health and environmental standards examined here were estimated to have monetary social benefits that exceeded estimated monetary compliance costs – even before taking into account the substantial qualitative, unquantifiable improvements in public health and the environment that accrue from these rules. Combined, traditional benefit-cost analyses for these ten rules projected net benefits of between $46 billion to $122 billion per year. None of the rules were projected to have a significant negative impact on the economy; in fact, three of the rules are projected to create net new jobs.

In our modern, globalized world, innovations in science and technology will continue to occur at an accelerating pace. In a democracy, it is government's role to weigh the risks and rewards to the public interest and society as a whole from the introduction of new products and enterprises. The role of the public sector is to protect the common good and prioritize the public's interest over particular private interests. Rules to safeguard the public are an integral part of our democratic process and are essential to providing an appropriate balance between public health and safety and private profits. 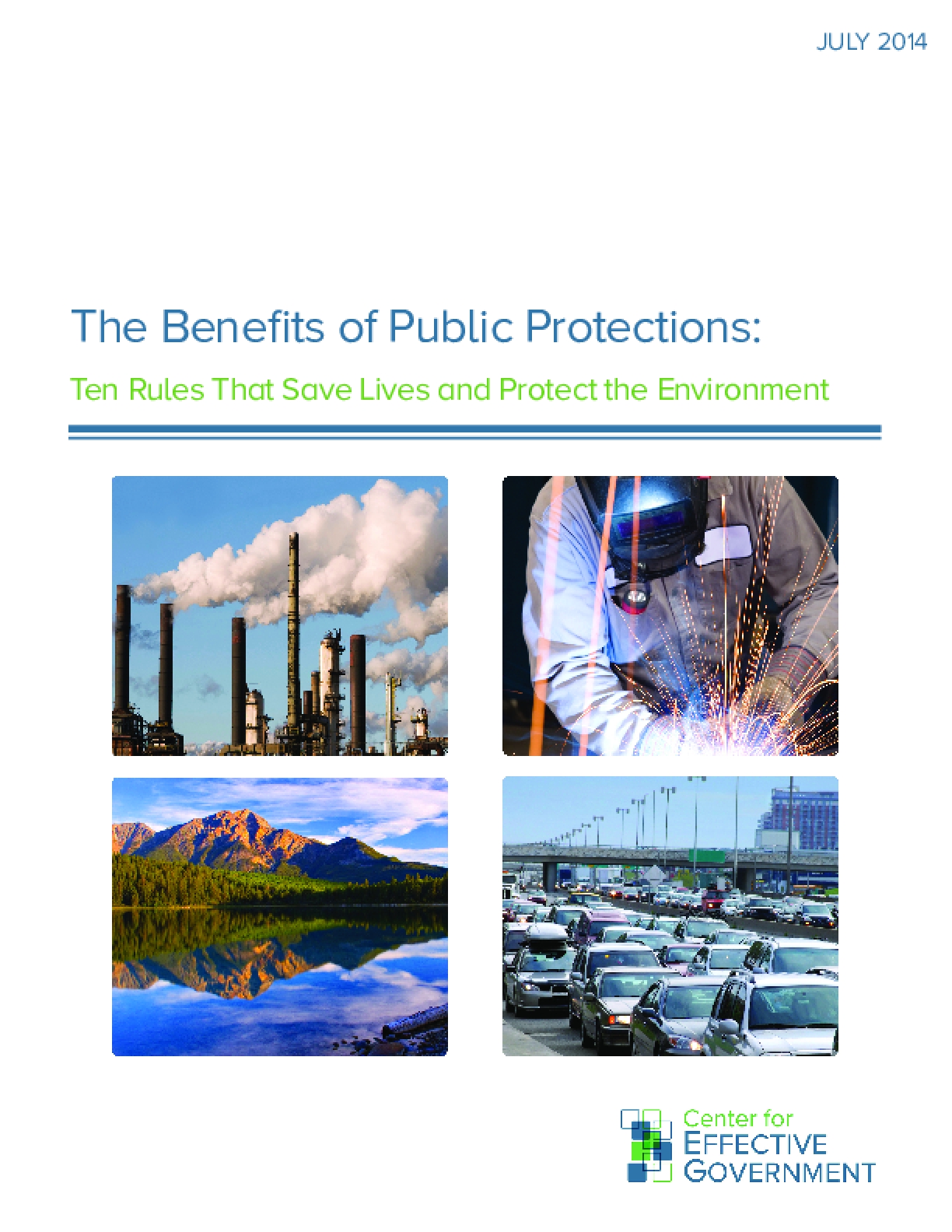