Content creation by teenagers continues to grow, with 64% of online teenagers ages 12 to 17 engaging in at least one type of content creation, up from 57% of online teens in 2004. Girls continue to dominate most elements of content creation. Some 35% of all teen girls blog, compared with 20% of online boys, and 54% of wired girls post photos online compared with 40% of online boys. Boys, however, do dominate one area - posting of video content online. Online teen boys are nearly twice as likely as online girls (19% vs. 10%) to have posted a video online somewhere where someone else could see it. The survey found that content creation is not just about sharing creative output; it is also about participating in conversations fueled by that content. Nearly half (47%) of online teens have posted photos where others can see them, and 89% of those teens who post photos say that people comment on the images at least "some of the time." However, many teen content creators do not simply plaster their creative endeavors on the Web for anyone to view; many teens limit access to content that they share. There is a subset of teens who are super-communicators -- teens who have a host of technology options for dealing with family and friends, including traditional landline phones, cell phones, texting, social network sites, instant messaging, and email. They represent about 28% of the entire teen population and they are more likely to be older girls. 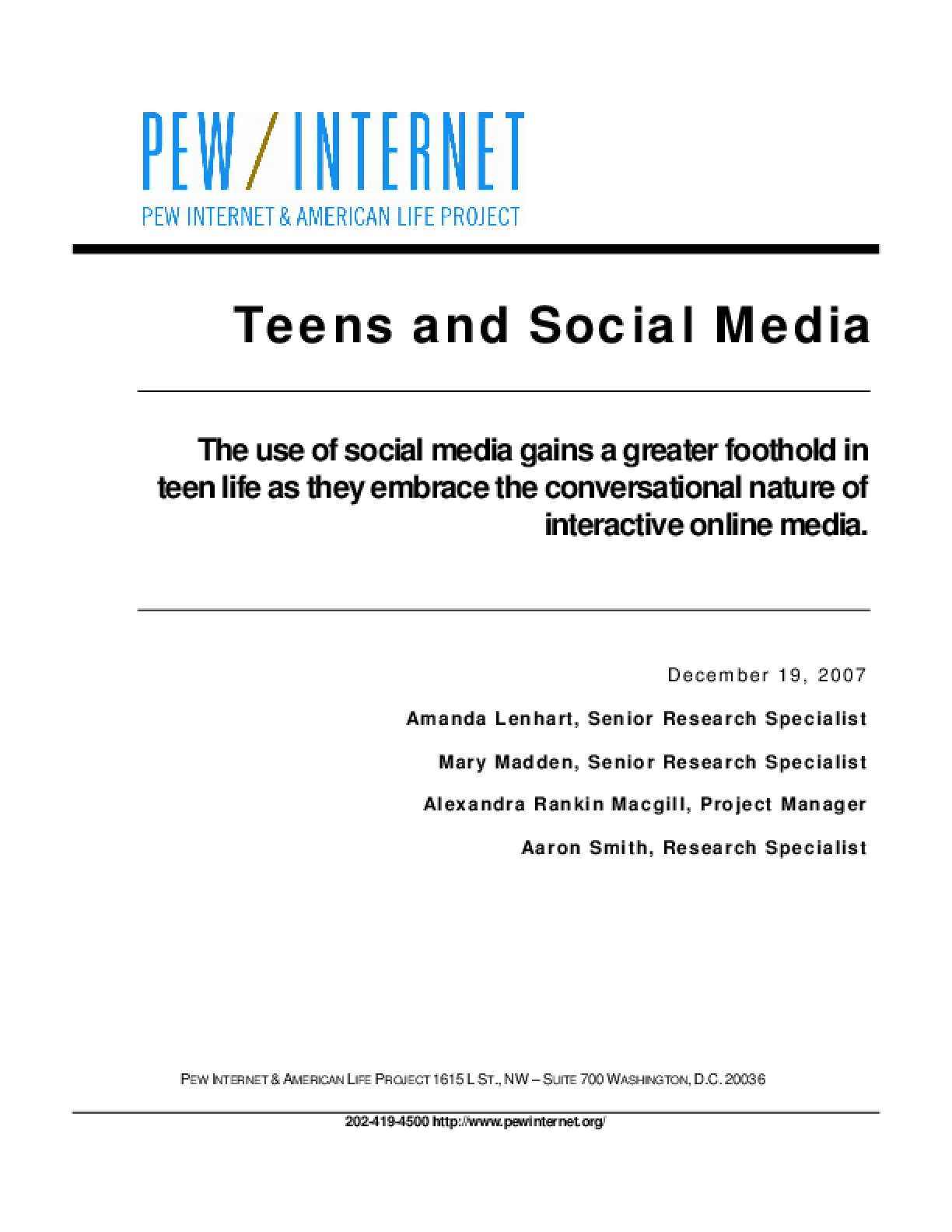