Urban gun violence touches on issues central to American life: safety, equality, opportunity, and community. As thousands of city residents are killed or injured with guns each year, mayors and other community leaders face an urgent challenge: finding effective solutions and implementing them to make a difference now and into the future. This report, a collaboration between Everytown for Gun Safety Support Fund, Mayors Against Illegal Guns, and the National Urban League, is a tool for all city leaders who want to reduce gun violence.

First, the report summarizes much of what is known about urban gun violence: its causes, the ways it differs from violence in other settings, and the ways it undercuts many other aspects of city life. It is not the intent of this report to explain all the variation in gun violence across cities; instead, it is a primer for cities that want to act today, in spite of uncertainty. Far from presenting novel ideas, it brings together the knowledge of academic researchers, community activists, nonprofit leaders, and civil servants who have been addressing gun violence in cities for decades.

Second, the report describes seven strategies that dozens of cities have taken to reduce gun violence in their communities, drawing on specific case studies. The identified interventions address factors known to contribute to urban gun violence, are supported by a growing body of evidence, and can each be a part of any city's larger strategy for reducing gun violence. This is not a comprehensive account of the hard work taking place in communities across the country, the volume of which is impossible to capture, but these case studies demonstrate that cities can learn from one another, building on successes, and informed by a growing body of evidence. 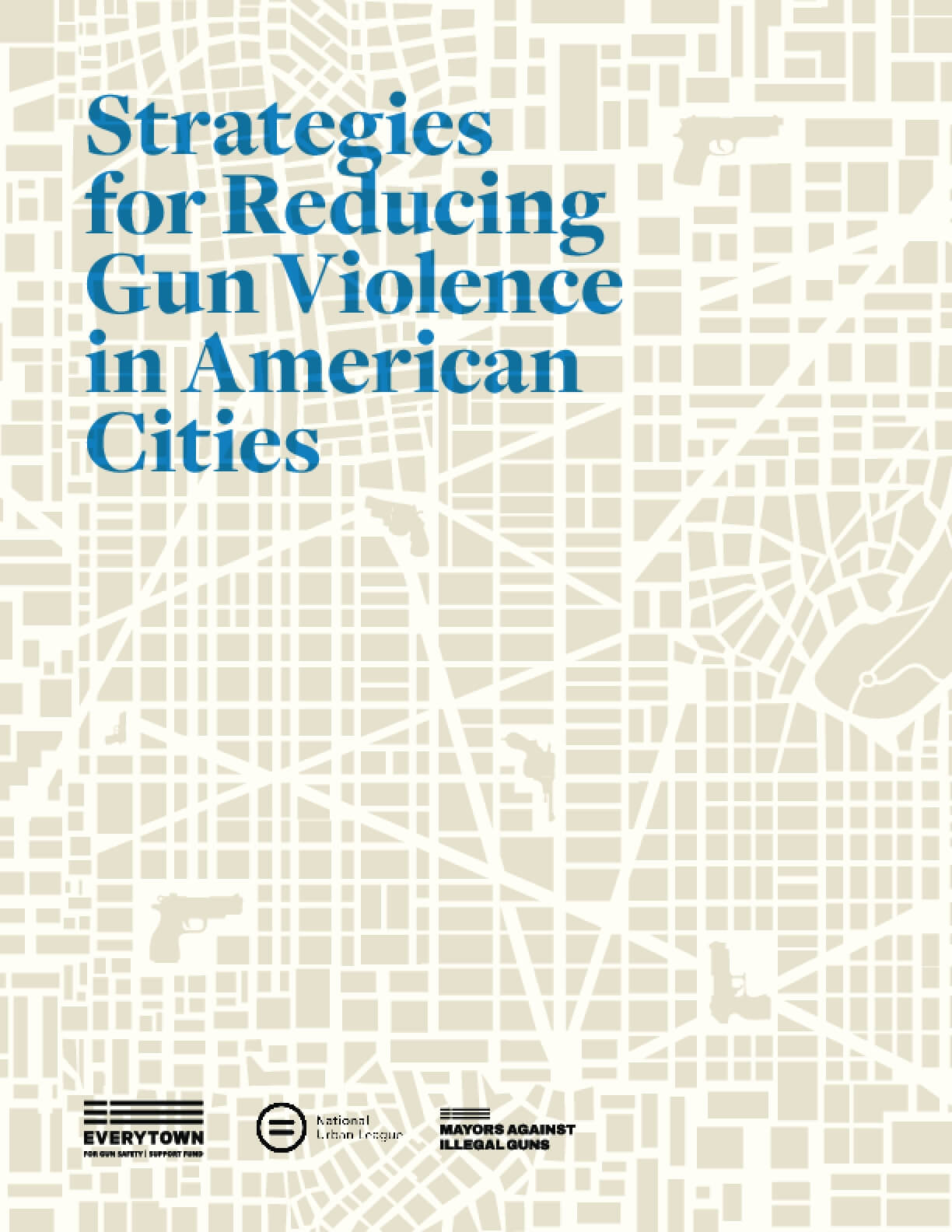