The Global Status Report provides an assessment of several renewables technologies -- small hydro, modern biomass, wind, solar, geothermal, and biofuels -- that are now competing with conventional fuels in four distinct markets: power generation, hot water and space heating, transportation fuels, and rural (off-grid) energy supplies. The report finds that government support for renewable energy is growing rapidly. At least 48 countries now have some type of renewable energy promotion policy, including 14 developing countries. Most targets are for shares of electricity production, typically 5-30 percent, by the 2010-2012 timeframe. Mandates for blending biofuels into vehicle fuels have been enacted in at least 20 states and provinces worldwide as well as in three key countries -- Brazil, China and India. Government leadership provides the key to market success, according to the report. The market leaders in renewable energy in 2004 were Brazil in biofuels, China in solar hot water, Germany in solar electricity, and Spain in wind power. The Global Status Report fills a gap in the international energy reporting arena, which has tended to neglect the emerging renewable energy technologies. Regular updates will be produced in the future. The report was produced and published by the Worldwatch Institute and released today at the Beijing International Renewable Energy Conference 2005, sponsored by the Government of China. This Conference brings together government and private leaders from around the world, providing a forum for international leadership on renewable energy and connects the wide variety of stakeholders that came together at the International Conference for Renewable Energies in Bonn, Germany, in 2004. The creation of REN21 was sponsored by the German Federal Ministry for Economic Cooperation and Development and the German Federal Ministry for the Environment, Nature Conservation and Nuclear Safety. Formally established in Copenhagen in June 2005, REN21 is now supported by a steering committee of 11 governments, 5 intergovernmental organizations, 5 non-governmental organizations, and several regional, local, and private organizations. 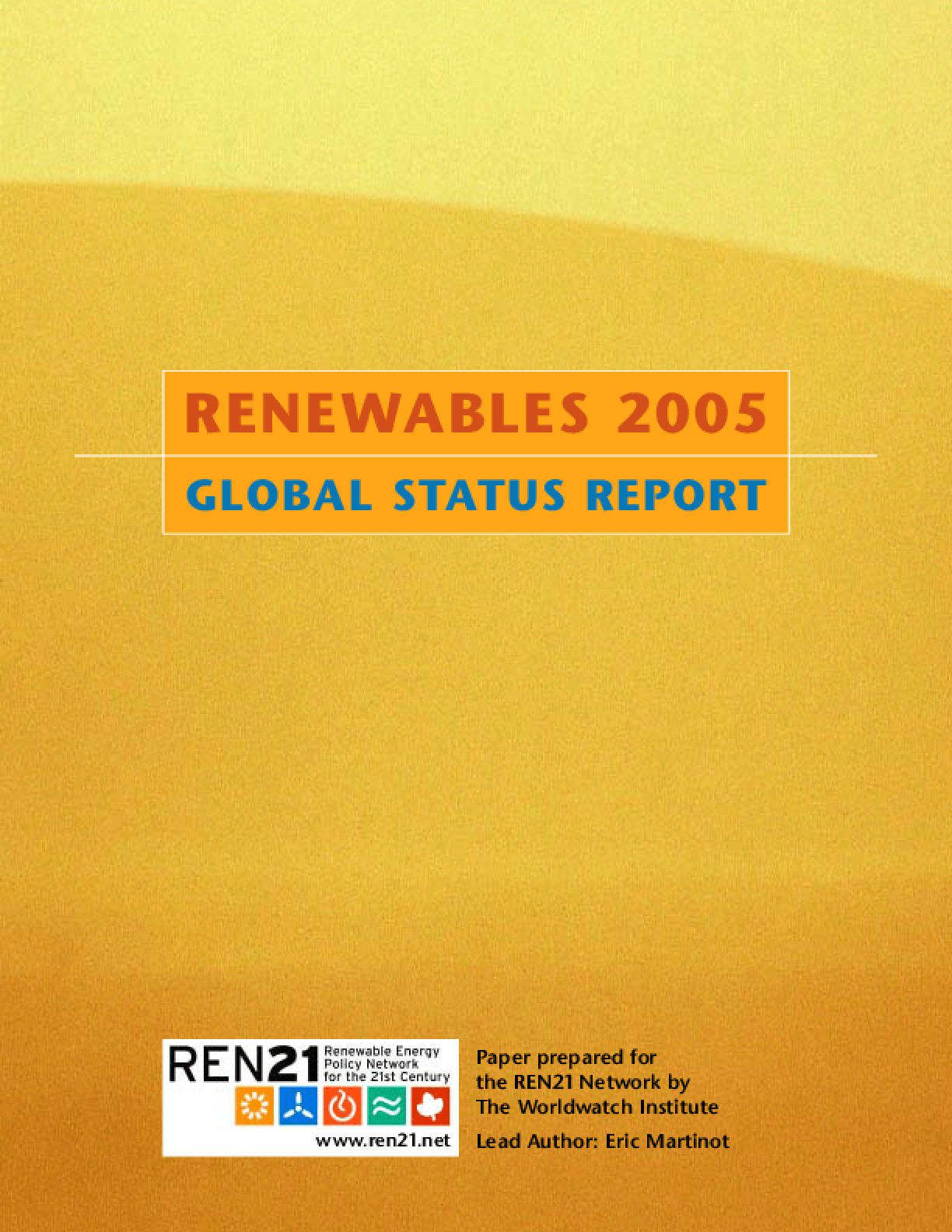