Purpose: The aim of this study is to explore the literature surrounding the environmental impact of mobile phones and the implications of moving from the current business model of selling, using and discarding phones to a product service system based upon a cloud service. The exploration of the impacts relating to this shift and subsequent change in scope is explored in relation to the life cycle profile of a typical smartphone.Methods: A literature study is conducted into the existing literature in order to define the characteristics of a typical smartphone. Focus is given to greenhouse gas (GHG) emissions in different life cycle phases in line with that reported in the majority of literature. Usage patterns from literature are presented in order to show how a smartphone is increasingly responsible for not only data consumption but also data generation. The subsequent consequences of this for the balance of the life cycle phases are explored with the inclusion of wider elements in the potential expanded mobile infrastructure, such as servers and the network.Results and discussion: From the available literature, the manufacturing phase is shown to dominate the life cycle of a typical smartphone for GHG emissions. Smartphone users are shown to be increasingly reliant upon the internet for provision of their communications. Adding a server into the scope of a smartphone is shown to increase the use phase impact from 8.5 to 18.0 kg CO2-eq, other phases are less affected. Addition of the network increases the use phase by another 24.7 kgCO2-eq. In addition, it is shown that take-back of mobile phones is not effective at present and that prompt return of the phones could result in reduction in impact by best reuse potential and further reduction in toxic emissions through inappropriate disposal.Conclusions The way in which consumers interact with their phones is changing, leading to a system which is far more integrated with the internet. A product service system based upon a cloud service highlights the need for improved energy efficiency to make greatest reduction in GHG emissions in the use phase, and gives a mechanism to exploit residual value of the handsets by timely return of the phones, their components and recovery of materials. 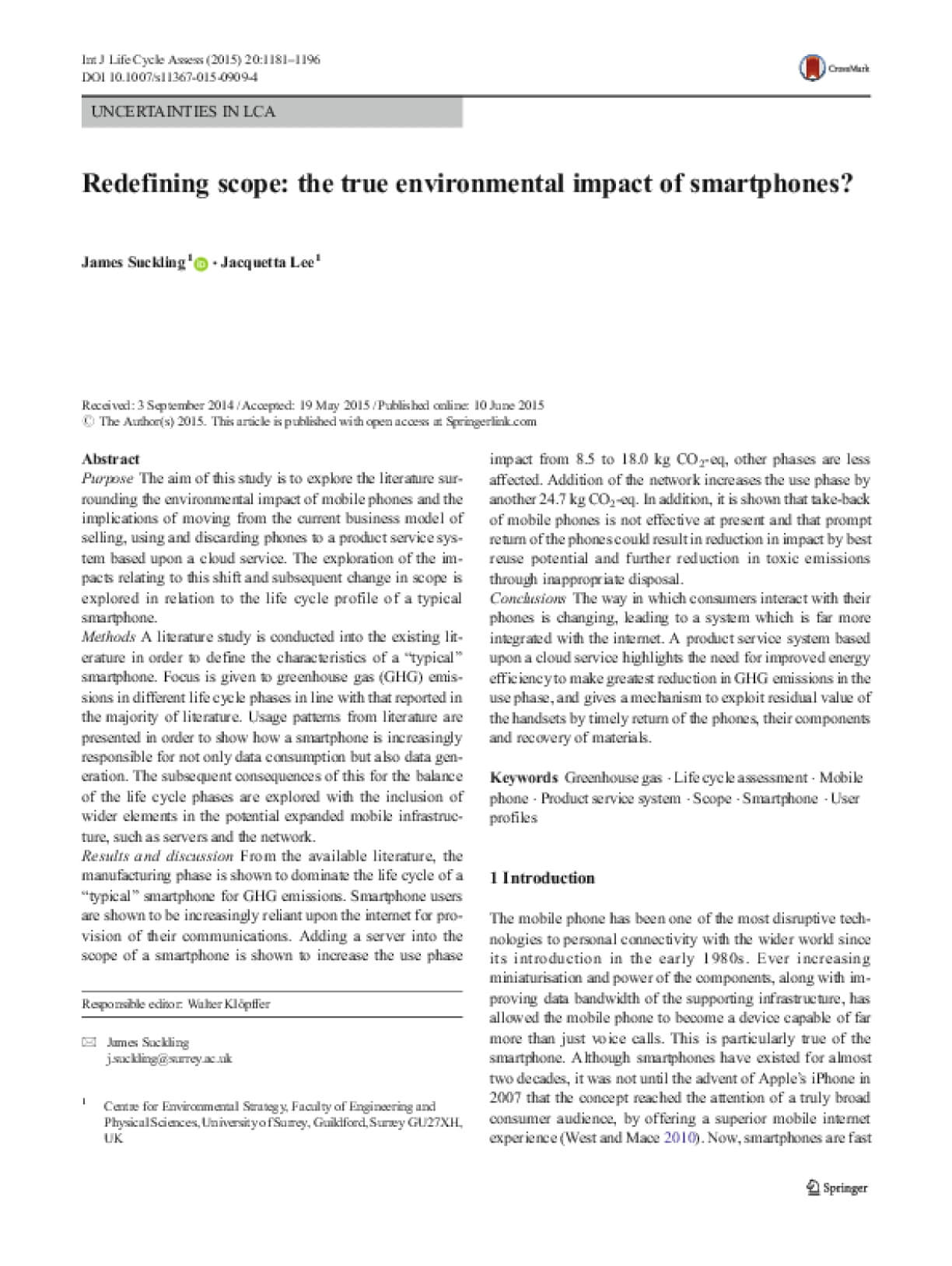