The "Win-Win for Gender, Agriculture and Nutrition: Testing a Gender-Transformative Approach from Asia in Africa" is a project aimed at establishing a comparison between a gender-transformative model to achieve gender equality (the "EKATA" model), and a gender-mainstreamed approach in the agriculture sector ("Gender-Light model"), in which basic activities around gender are integrated into a program whose principle focus and measures of success are women's economic empowerment through agriculture and micro-enterprise development.

The qualitative research is using in-depth interviews and Focus Group Discussions(FGDs) of a subset of women and their spouses who are participating in the program. For the in-depth interviews, 30 people (22 women and their spouses) were selected and are followed every year to document different pathways to empowerment. They were randomly selected from a strata of all women interviewed at baseline to reflect different social economic and marital status. On the other hand, 106 people (45 men and 61 women) participated in a total of ten FGDs. 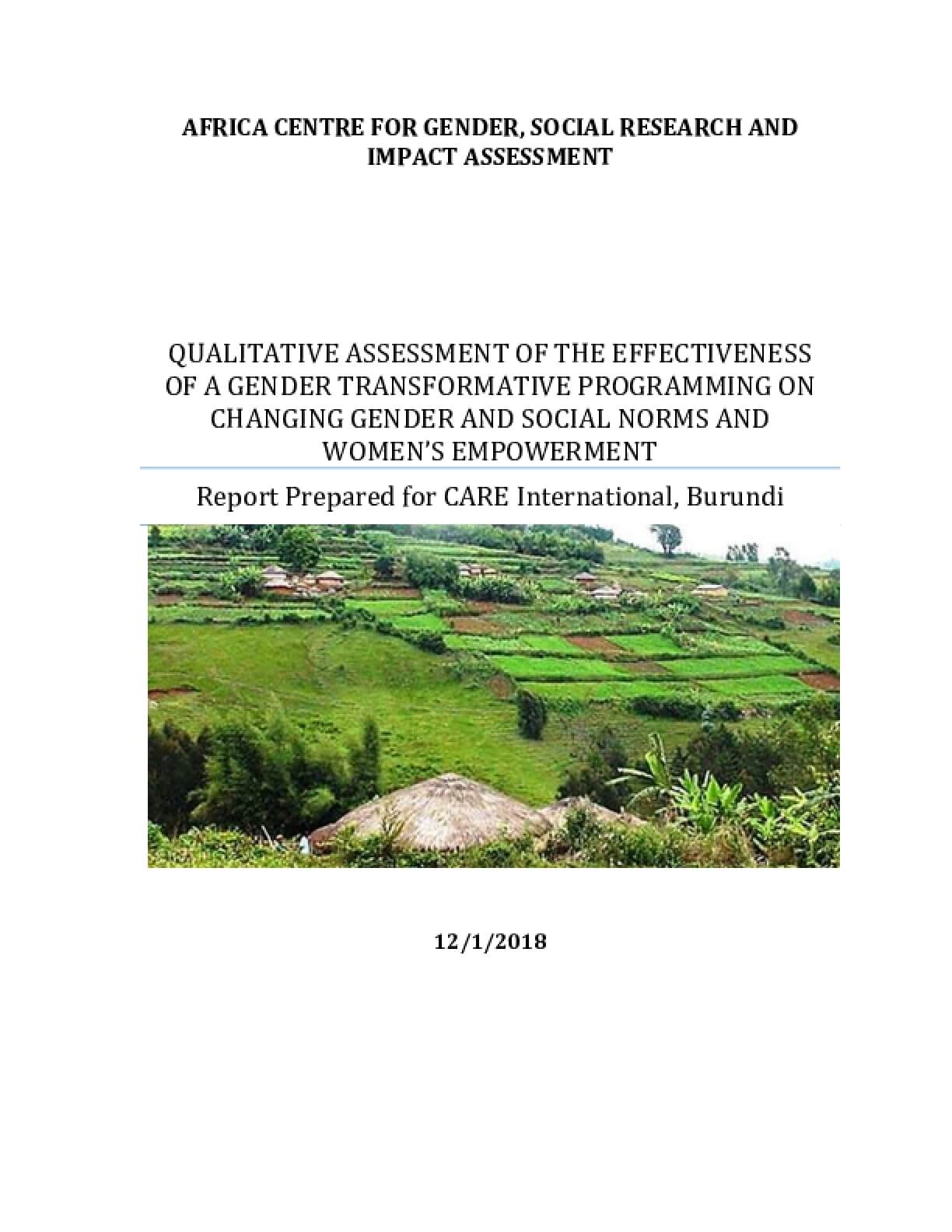