The for-profit higher education sector has attracted significant attention over the past few years -- both from enthusiasts and from critics. For-profit colleges and universities -- most notably large, national and online schools such as the University of Phoenix, DeVry University and ITT Technical Institute -- have seen a steep increase in student enrollment, from serving about 4.7 percent of the undergraduate student population in the 2000 -- 2001 academic year to about 13.3 percent in the 2011 -- 2012 academic year, peaking at nearly 14 percent in the 2010 -- 2011 academic year. And they have become increasingly visible through their ubiquitous advertisements and proactive -- some would say aggressive -- recruitment strategies. Largely missing from the discussion so far have been the perspectives of for-profit students themselves and those of employers who might hire them. This study gives voice to these central stakeholders. 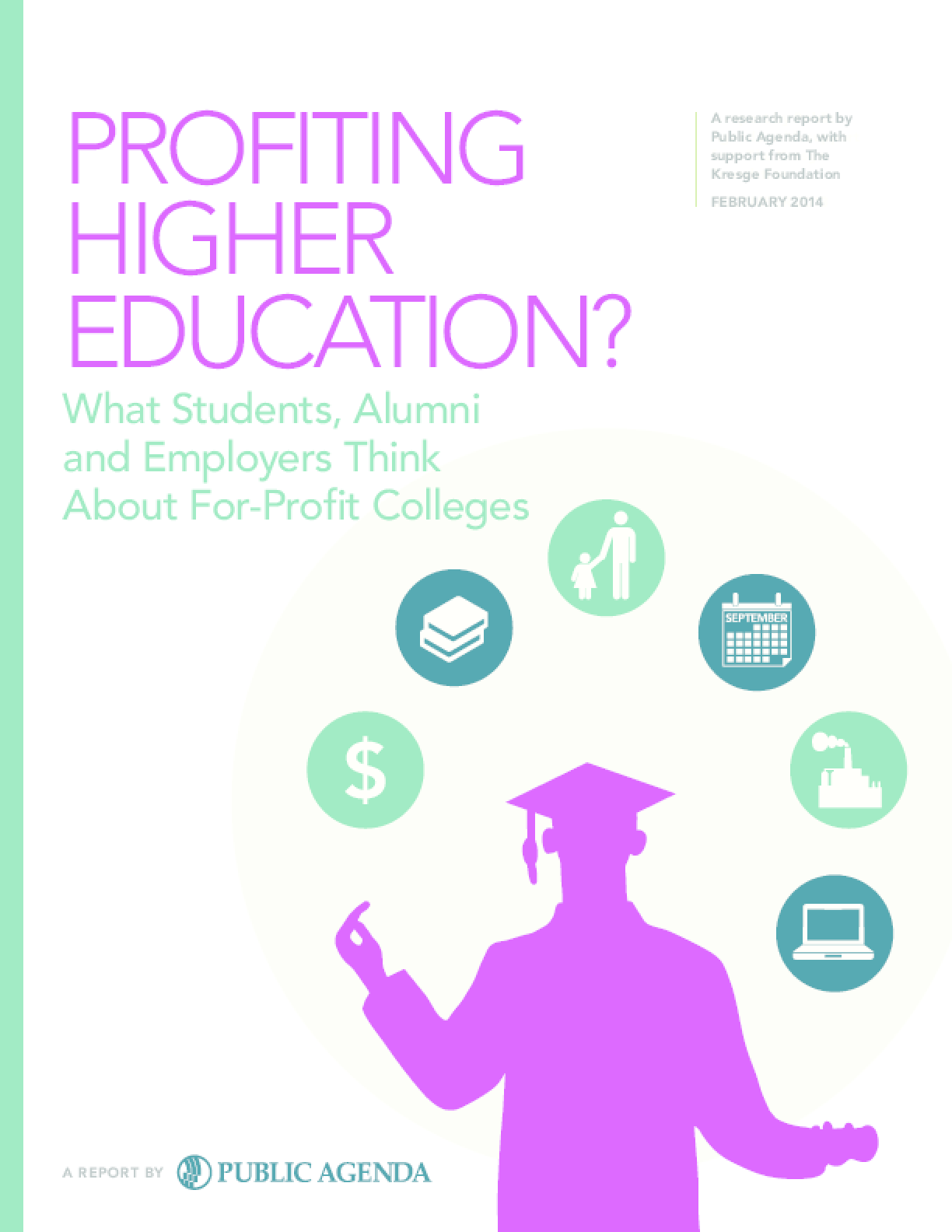