This publication is a discussion about additional end-of-life options which may become legally available at some time in the future, i.e., assisted death (usually called euthanasia or assisted suicide). Alzheimer's Australia is not advocating that such options become available and takes a neutral position about them. However, there is a need for an informed debate on the issues, given that well-conducted research indicates that a significant proportion of the community supports making such options available. Some people believe that they should have the right to make decisions about their own bodies and about the way they die; in other casespeople see the current legal and medical options as inadequate. While Australia was the first place in the world to pass legislation allowing both euthanasia and physician-assisted suicide (i.e. the Northern Territory Rights of the Terminally Ill Act (1995)), that legislation was overturned by the Commonwealth's Euthanasia Laws Act (1997) and at present these options are illegal throughout Australia. However, given that assisted dying Bills are regularly presented to state/territory parliaments in Australia it is possible that, at some time in the future, legislation will be passed that allows such options. It is therefore important for the arguments for and against assisted dying to be understood and for open debate to be encouraged. We hope that the information provided in this document will contribute to that debate. Section 2 of Part 2 asks: What is doctor-assisted dying*? and identifies what isand what is not euthanasia. In Section 3, arguments for and against doctor-assisted dying are provided and in Section 4 some issues which relate specifically to assisted dying for people with dementia are considered. 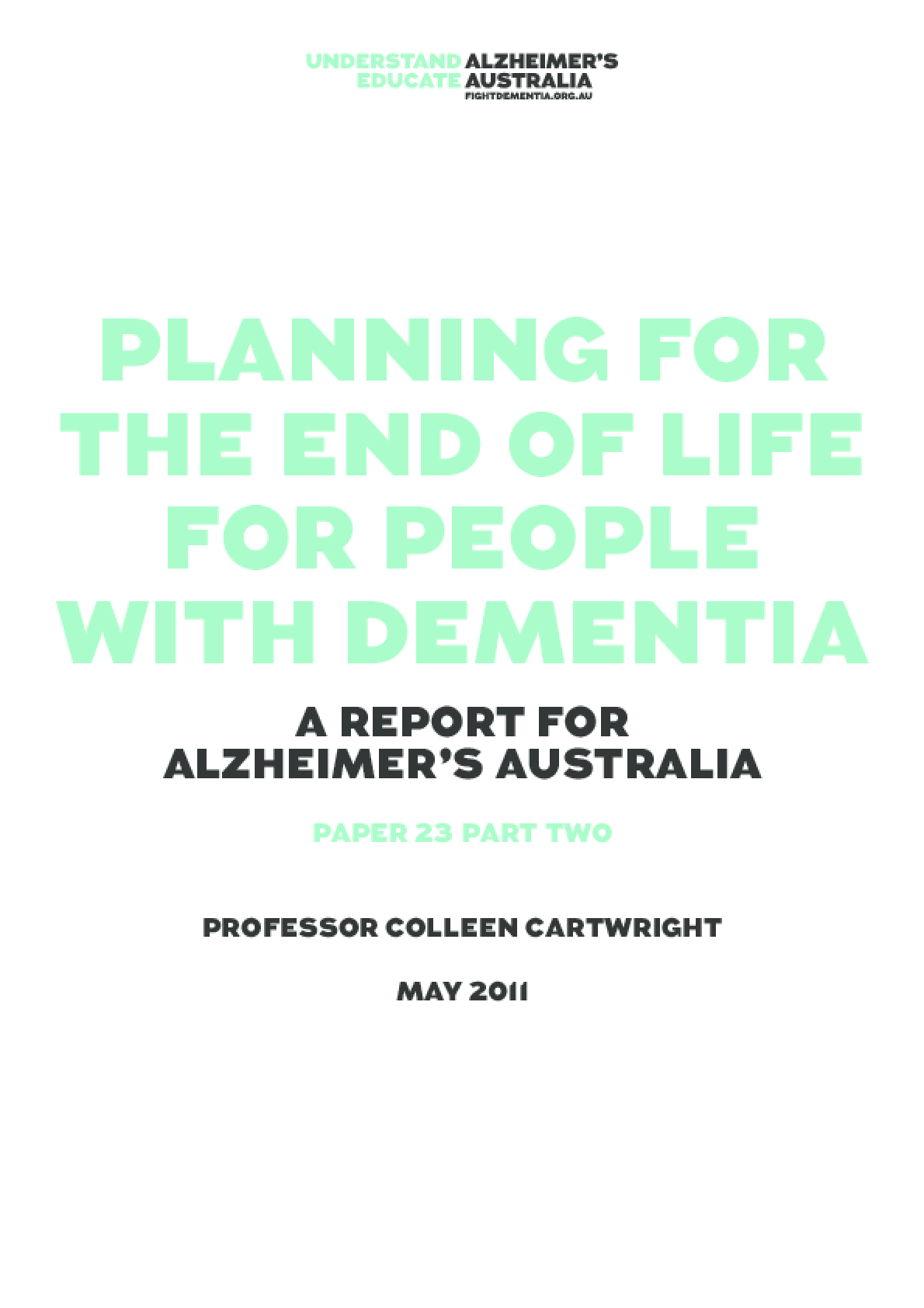