Off Target: How Cuts to Child Care and After School Leave Out Public Housing Communities

Cuts to child care and after-school proposed in New York City Mayor Bloomberg's Preliminary Budget will lead to thousands more children on even longer waiting lists for these services and many communities will face dramatic losses in these programs. Some of the families likely to be hardest hit are those living in public housing. These cuts will have a devastating impact not only on the children and families who benefit from these crucial services, but on New York City's successful partnership between human service providers and the New York City Housing Authority (NYCHA). This decades-long partnership has contributed to making NYCHA one of the nation's most successful public housing authorities and helped to build strong resilient communities in public housing developments. 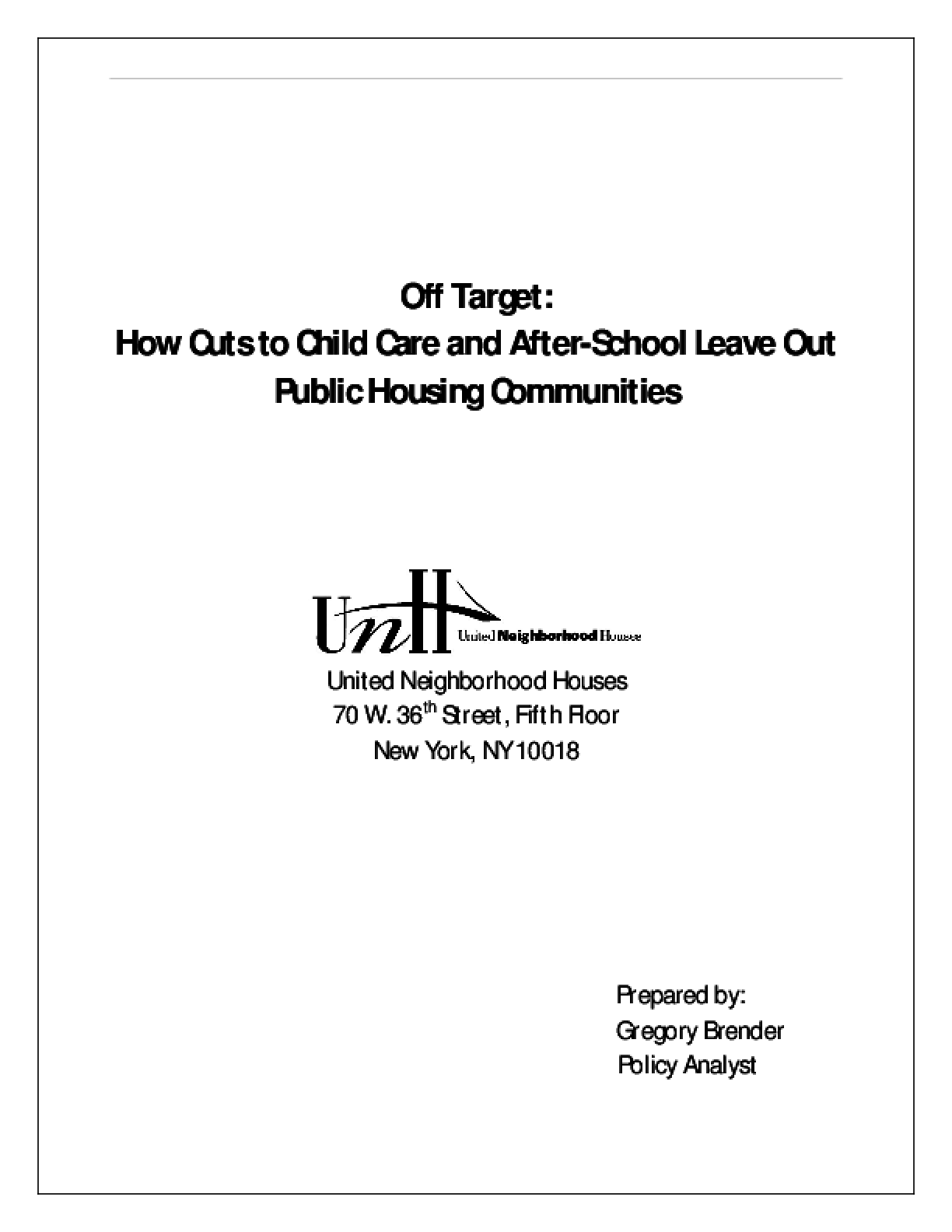