The resources of Oak Foundation originated from an interest in the Duty Free Shoppers business which Alan Parker helped to build. Today, the Foundation comprises a group of philanthropic organisations based in various countries around the world.Oak Foundation was formally established in 1983. Early grants were made in Denmark to organisations supporting single mothers and torture victims (1983) and in Zimbabwe to a range of groups supporting vulnerable children and families, primarily at a community level (1984). Grants continued to be made annually in a range of countries until a new phase for Oak Foundation began in the early 1990s, when annual grantmaking began to increase and staff were hired to run substantive programmes. The first two programmes to get underway were Environment and Child Abuse, followed by four other programmes -- Housing and Homelessness, International Human Rights, Issues Affecting Women and Learning Differences. There is also a Special Interest Grants Programme, which funds medical research and a range of other efforts identified by the Trustees that do not fall into the other programme areas, and two national programmes in Denmark and Zimbabwe. Since its establishment, Oak Foundation has made over 2,700 grants to not-for-profit organisations across the globe. Oak Foundation has its headquarters in Geneva, Switzerland and a presence in eight other countries: Belize, Bulgaria, Denmark, Ethiopia, India, the UK, the US and Zimbabwe.Oak Foundation is governed by a five-member Board of Trustees that includes Kristian Parker, Chair; Caroline Turner, Vice Chair; Natalie Shipton, Vice Chair; Jette Parker and Alan Parker. An Advisory Panel also supports the Foundation's work on a range of grant-making issues. Current members are Kathleen Cravero-Kristoffersson (President of Oak Foundation), Gary Goodman (Secretary for Oak Foundation), William Norris and Julie Sandorf. Funding decisions are made by the Board of Trustees, either individually or as a group. While the Board of Trustees meets twice annually, grants are considered on a rolling basis throughout the calendar year. 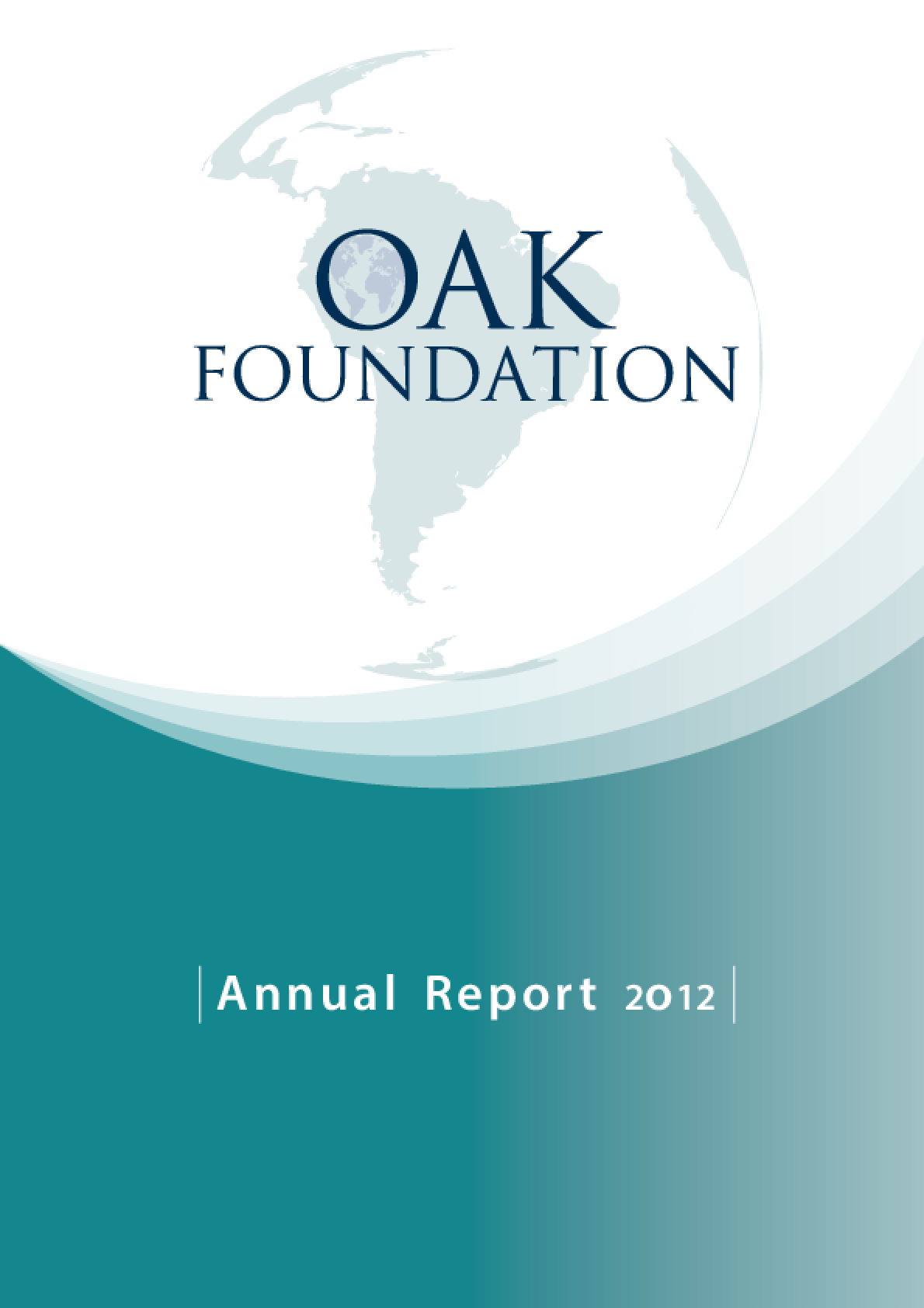