The overarching objective of this research project was to evaluate the cumulative economic impact on Armed Forces spouses who may be unable to sustain employment due to Permanent Change of Station (PCS) moves, licensure constraints, and lack of career enhancing opportunities. This research project contributes to a body of knowledge that provides policy makers with the information necessary to pool resources for military families and spouses, in order to increase the spouses' chances of obtaining steady employment, earning wages equivalent to those of their civilian peers, and advancing along professional career paths in spite of PCS moves. This research effort will benefit society at large through expanding the knowledge base of challenges for working spouses and working parents and will identify areas for improvement in public policy that can benefit working families. This research will drive new policies and initiatives that will provide benefits to all military spouses and families by providing them with resources to overcome the economic challenges of pursuing a career as a military spouse or a military spouse with children. 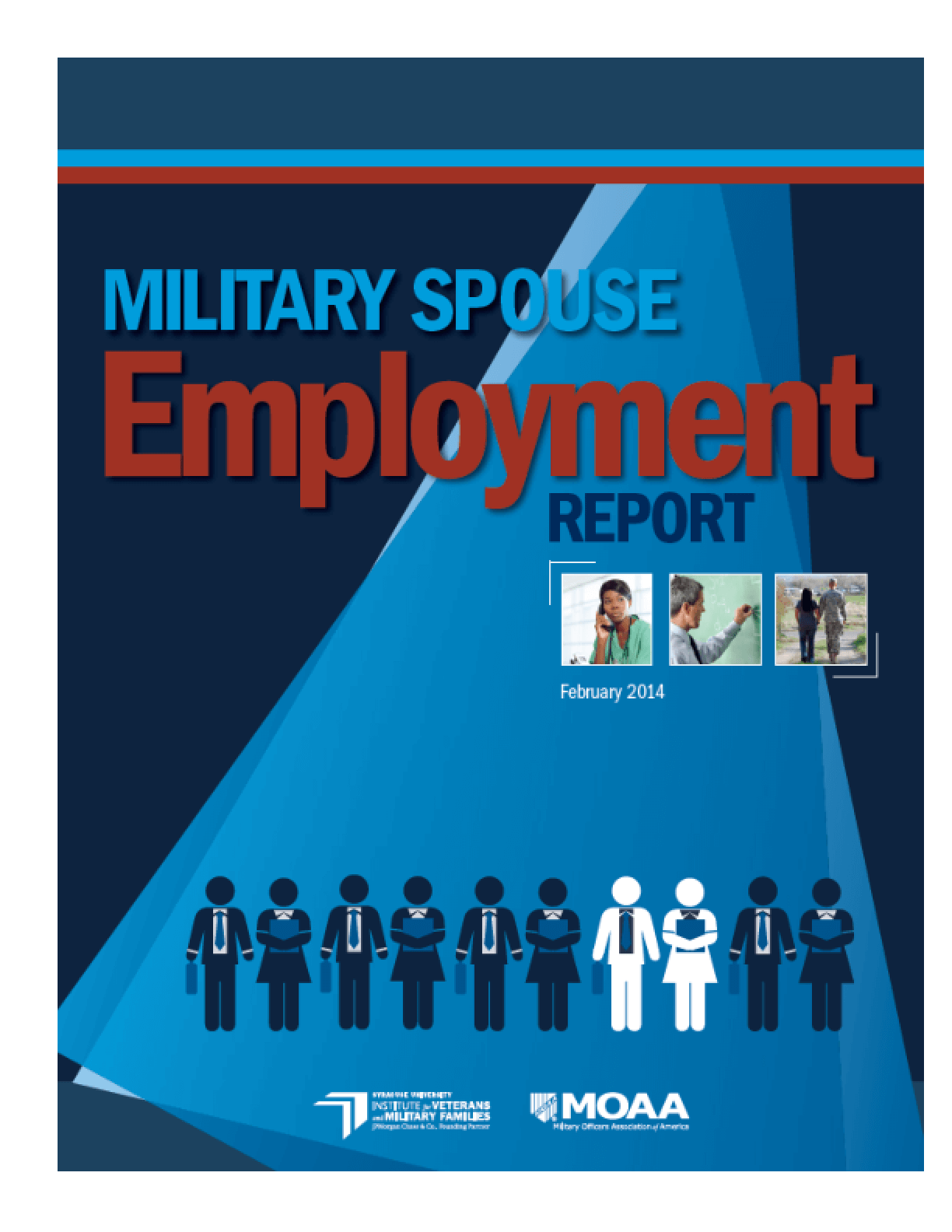