Mass shootings have taken place consistently throughout American history, in every region of the country. Over the last 30 years, however, assault weapons and firearms equipped with large- capacity ammunition magazines—which hold more than 10 rounds—have proliferated, allowing assailants to become much more destructive. As the following analysis shows, the results have been deadly for Americans.

As part of our non-partisan mission to prevent violence at the Citizens Crime Commission of New York City, we track mass shootings. Our Mass Shooting Incidents in America database catalogs shootings in which four or more victims were killed in a public place unrelated to another crime since 1984. Between June 1984 and June 2016, there were 72 such incidents—46 (64%) of which involved a perpetrator armed with an assault weapon or firearms equipped with a large-capacity magazine.

Assault weapons and large-capacity ammunition magazines were outlawed for 10 years between 1994 and 2004 as part of the federal Assault Weapons Ban, providing us with periods for comparison in order to determine the ban's impact on mass shooting casualties. The results are startling.

Between June 1984 and June 2016, shooters who used assault weapons and large-capacity magazines killed or injured 301% more people than those who did not. There were nearly 1,000 victims in those incidents—186% more killed than when a non-assault weapon or regular- capacity magazine was used, and 523% more injured.

Perhaps the most important finding is that the federal ban clearly reduced mass shooting casualties: The number of people killed or injured in mass shootings involving assault weapons and large-capacity ammunition magazines during the decade of the ban was nearly half what it was in the decade before (145 v. 241); and it was a third of the number of casualties since (541 from September 2004 through June 2016). 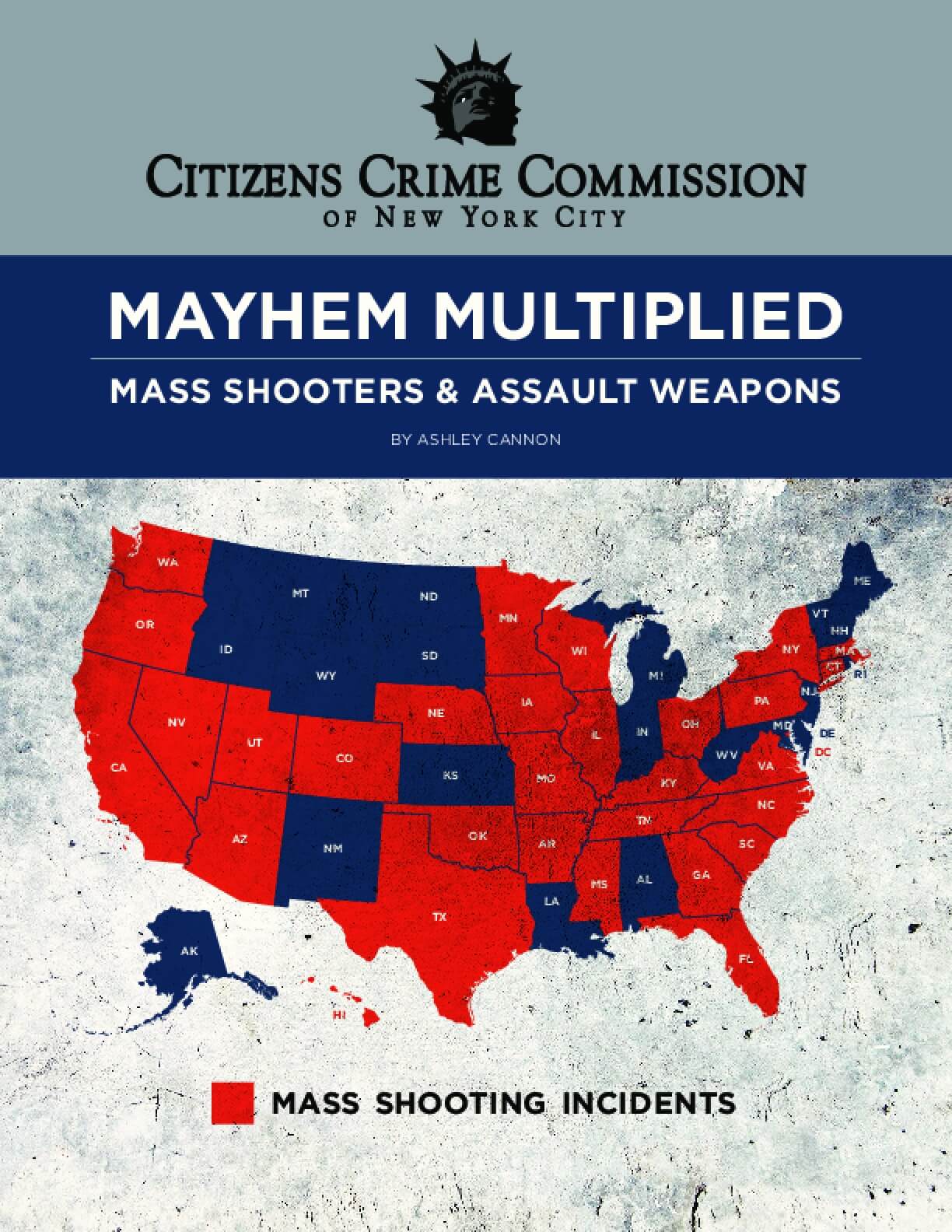