Mapping Digital Media: How Television Went Digital in the Netherlands

The Mapping Digital Media project examines the global opportunities and risks created by the transition from traditional to digital media. Covering 60 countries, the project examines how these changes affect the core democratic service that any media system should provide: news about political, economic, and social affairs.

The Netherlands was the second country in Europe to switch off traditional analog television. On December 11, 2006, some three months after Luxembourg had taken this step, the analog terrestrial signal was switched off and the same frequencies are now primarily used for digital broadcasting.

The Netherlands was and is a densely cabled country. The fact that less than 1.5 percent of households were dependent on analog terrestrial television was the key precondition for the successful switch-over.

After describing the background of the switch-over, this paper summarizes the development of digital television in the Netherlands, analyzing such key policy issues as: technical decisions on access for public television, the allocation of broadcasting licenses, license conditions, roll-out obligations, and issues with regard to regional broadcasting organizations. In conclusion, the authors consider the effects of the switch-over on the Dutch media landscape. 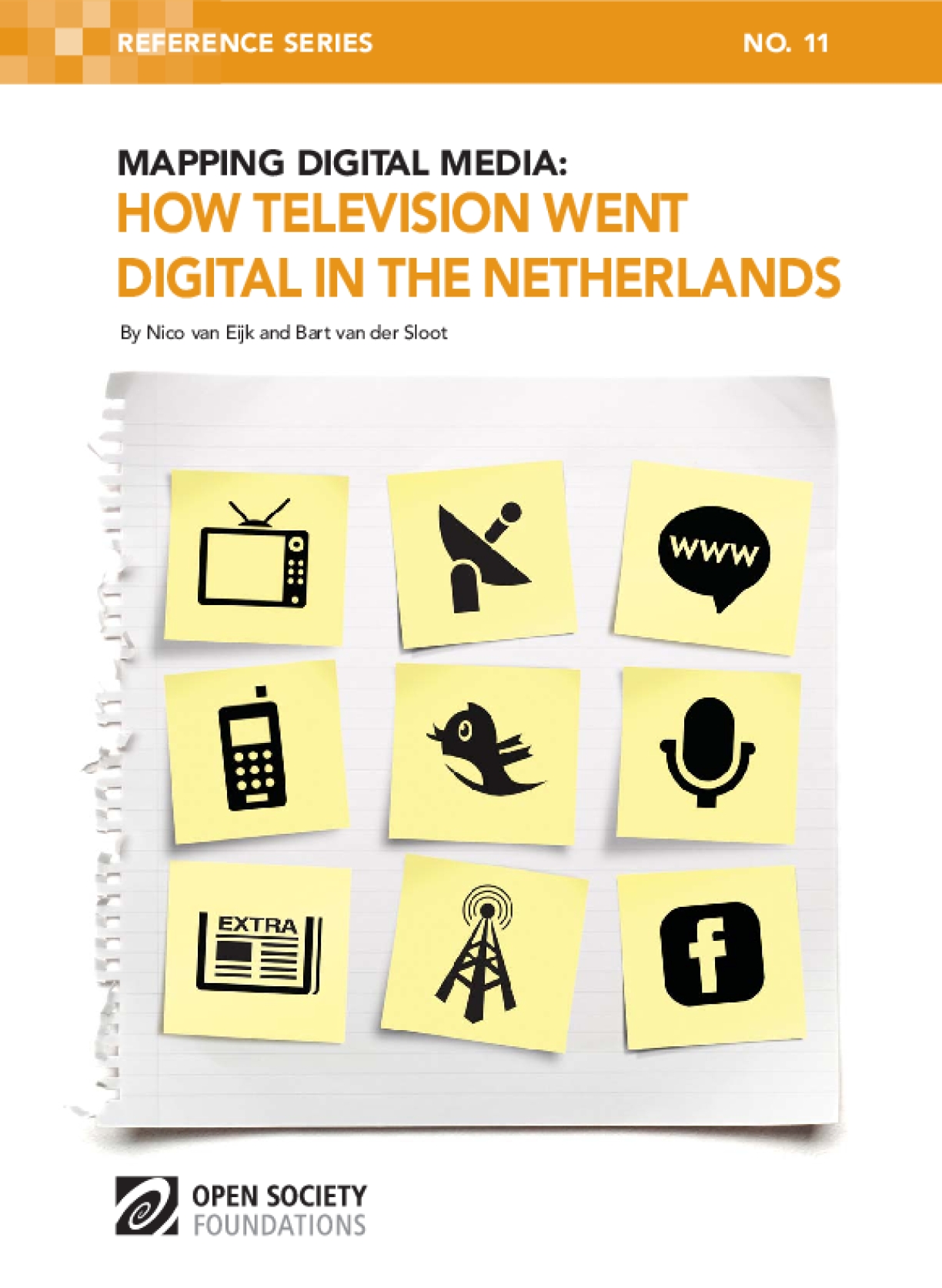