For more than a century, Vermont has operated a viable and popular voucher system in 90 towns across the state. During the 1998-99 school year, the state paid tuition for 6,505 students in kindergarten through 12th grade to attend public and private schools. Families chose from a large pool of public schools and more than 83 independent schools including such well-known academies as Phillips Exeter and Holderness. As more attention is given to vouchers in mainstream discussions about education reform, critics contend that vouchers are a new, untested concept and therefore must be implemented, if at all, on an extremely limited, experimental basis. Critics also argue that vouchers will lead to the establishment of fringe schools, skim the best and brightest students from public schools, and drain public schools of revenue. Vermont's long-standing program has done none of those things. Vermont's voucher program has been running since 1869, nearly as long as the monopolistic public education model. It is worth noting that the voucher program has been a welcome part of the educational landscape for so long that the state collects no more information on voucher students than it does on students generally. And no hue and cry has been raised for more information to be compiled to justify the system's continuation. To the contrary, Vermonters generally assume that it is a parent's prerogative to select a child's school, and the burden of proof is on those who seek to take that choice away. This paper describes Vermont's voucher system and draws numerous lessons for education reformers and policymakers. 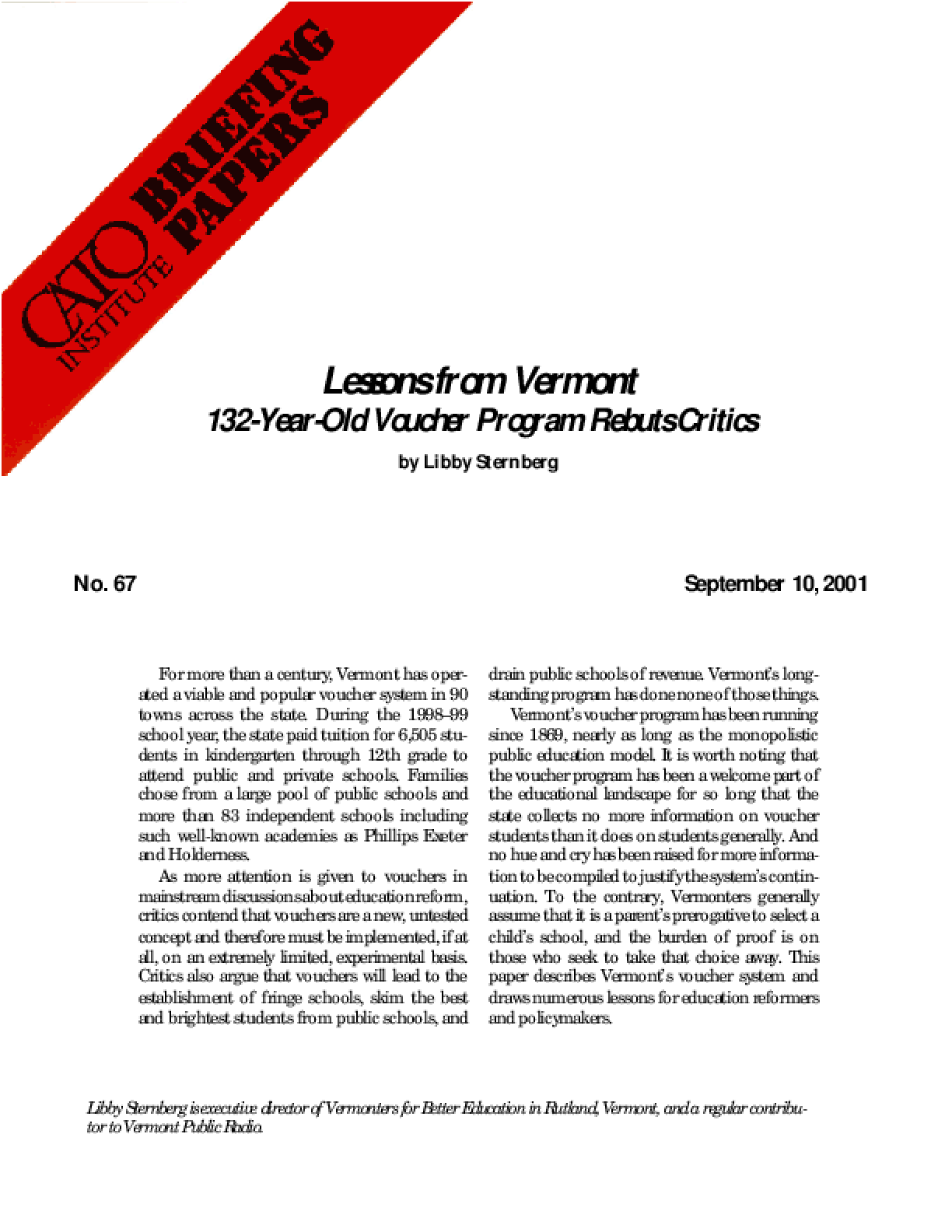