Lessons from Maine: Education Vouchers for Students since 1873

Since 1873 Maine has financed the education of thousands of kindergarten through 12th grade students in private schools. In fact, the state pays tuition for 35 percent of all students enrolled in Maine's private schools. The tuition program enables parents in towns without a traditional public school to choose a school from a list of approved private and public schools, enroll their child, and have the town pay that child's tuition up to an authorized amount. The town then receives full or partial reimbursement from the state. In the fall of 1999, 5,614 students from 55 different communities attended private schools through this program, while 30,412 attended nearby public schools. Schools of choice ranged from regular public schools to local academies such as Waynflete School in Portland, Maine, to boarding schools ranging from Choate and Phillips Exeter in New England to Vail Valley Academy in Colorado. Data from the Maine Department of Education suggest that the tuition program costs roughly $6,000 per student, or 20 percent less than Maine's average per pupil expenditure for public education. Time and time again citizens have voted to keep this system that has been described as "the most valued attribute" of living in Maine. It's unfortunate that one of the best features of Maine's educational system is limited to students who live in the "right" towns. Maine's policymakers should seek to facilitate greater educational opportunities for all students, and policymakers nationwide should look to Maine's extensive experience with vouchers to inform their education reform efforts. 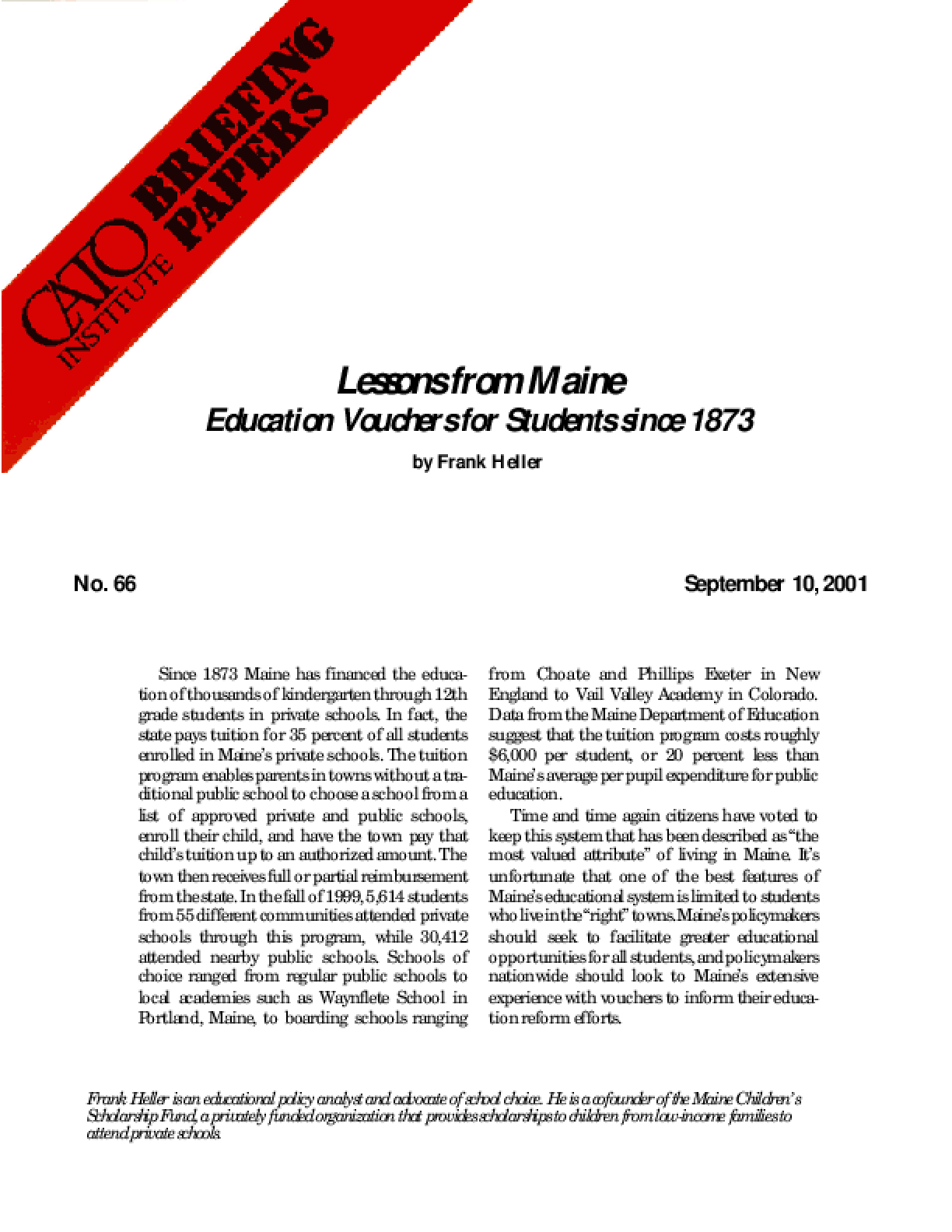