New research reveals that a sizeable number of large, U.S.-based private foundations report engaging in impact investing - but tend to commit only very small percentages of their respective endowments or program/grant budgets toward those efforts. The new report finds that most foundations are not using negative screening on their endowment investments to exclude areas like fossil fuels, tobacco, or private prisons, as well. The report's findings are based off analysis of survey responses from CEOs of 64 U.S.-based private foundations providing $10 million or more in annual giving. Although the data is limited to this group, it suggests that the abundant rhetoric in the sector about aligning impact and investments has outpaced the reality of foundations' actions. 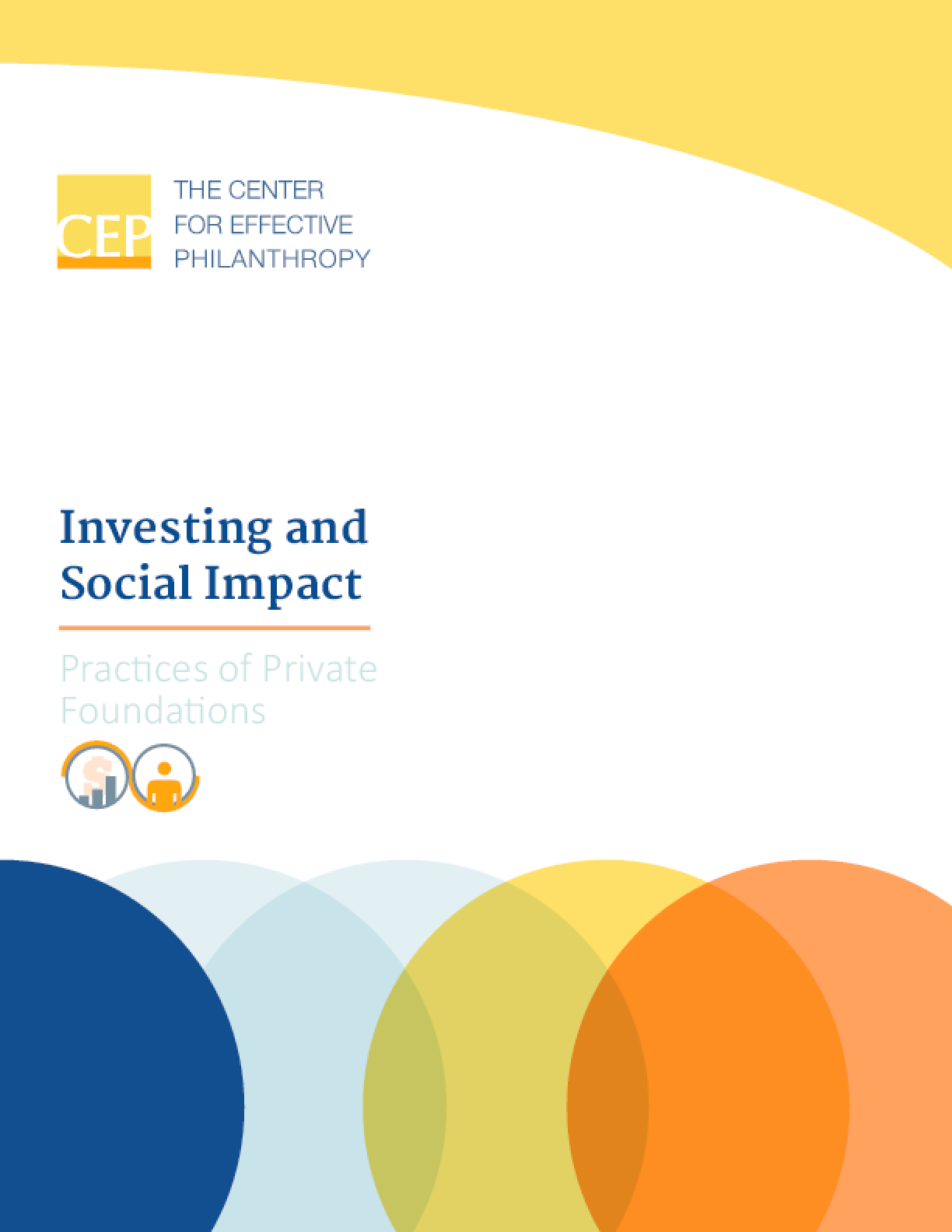