"In Theory It's a Good Idea": Understanding Implementation of Proficiency-based Education in Maine

Education Development Center (EDC) partnered with 10 districts in rural Maine that were in the process of implementing the state's requirement that students graduate with a proficiency-based diploma, to study students' exposure to student-centered, proficiency-based education and the relationship between exposure and student academic performance and engagement. Using Latent Profile Analysis, a statistical technique used to uncover hidden subgroups (i.e., latent profiles) based on the similarity with which a group of individuals responds to a set of survey questions, we found that three distinct proficiency-based education (PBE) exposure profiles existed, in similar proportions across all the participating schools and within every school. Analyses of district level administrative data showed that having an IEP was associated with higher exposure to PBE practices but that other student characteristics, including free and reduced-price lunch status and gender were not associated with more exposure to PBE practices. We also observed a positive relationship between exposure to PBE practices and increased levels of student engagement, and a negative association between exposure to PBE practices and SAT scores. Finally, qualitative analyses revealed that implementation to date has largely focused on identifying graduation standards and implementing new proficiency-based grading practices, with traditional classroom practices still fairly commonplace. 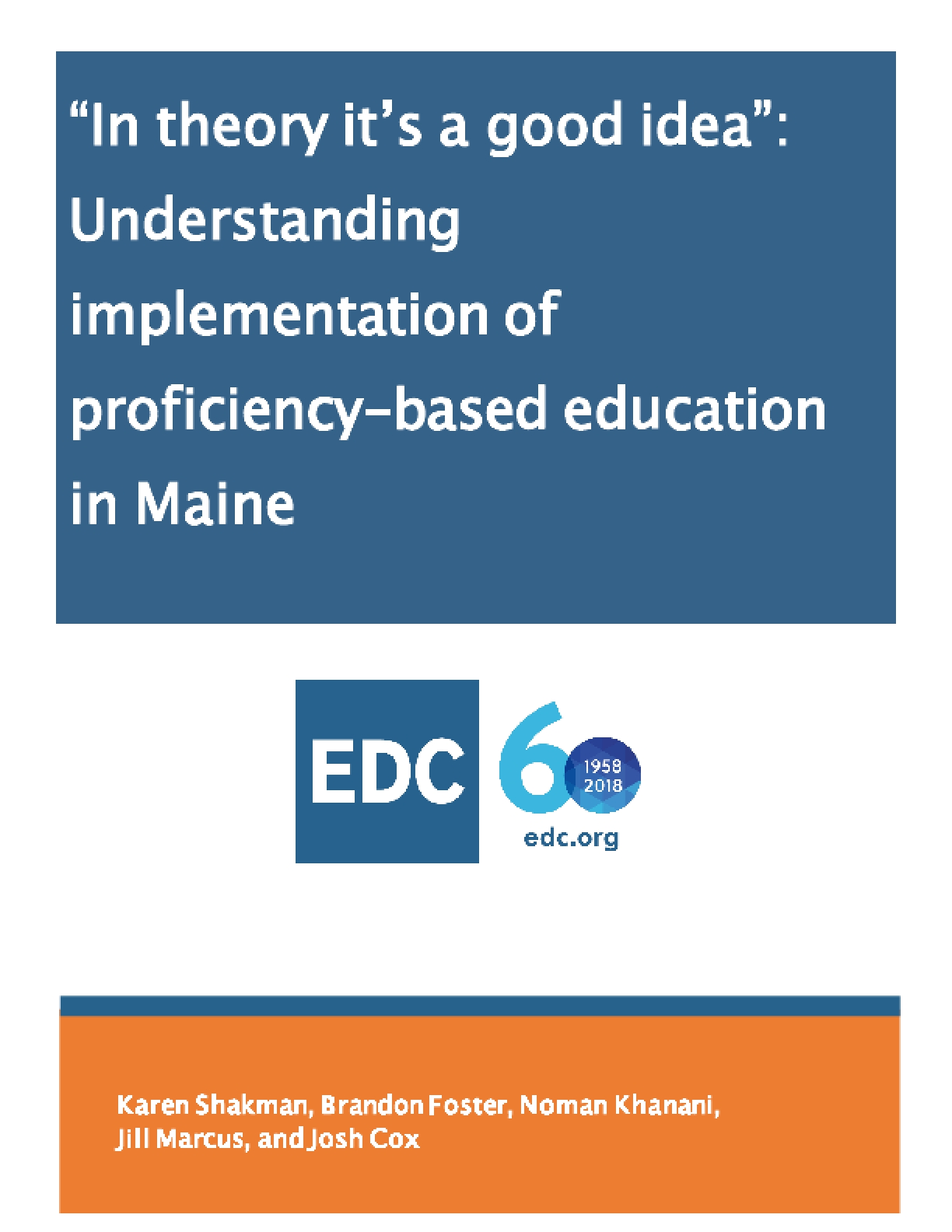