Halve the Gap by 2030: Youth Disconnection in America's Cities

One in every seven Americans between the ages of 16 and 24—5.8 million young people in all—are neither working nor in school. These vulnerable teens and young adults are unmoored from institutions that provide knowledge, networks, skills, identity, and direction…. Most young people never recover from long spells of disconnection. They carry scars of their lost years for the rest of their lives in the form of lower wages and marriage rates, and higher incarceration and unemployment rates. Early spells of disconnection rain serious blows on long-term health, happiness, and job satisfaction" (p.5-6). This report uses updated data to build on a previous report that ranked the country's 25 largest metropolitan areas as well as the nation's largest racial and ethnic groups in terms of youth disconnection. The report also maps the landscape of youth disconnection and presents the data disaggregated by neighborhood cluster for twenty-five US metro areas. 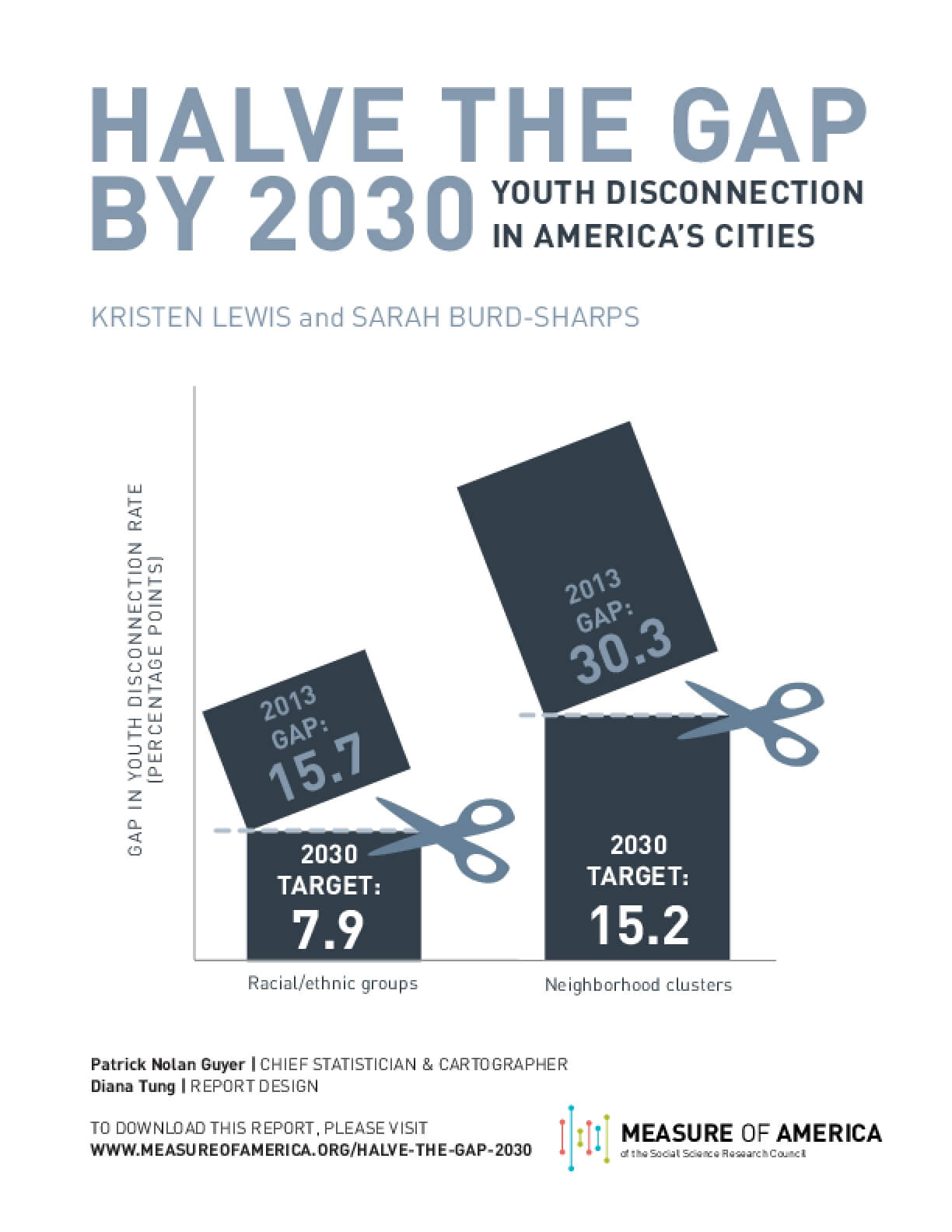