Regardless of the outcome of the 2012 elections, Congress and the next president are expected to consider far-reaching deficit reduction legislation either late this year or early in 2013. That legislation will reflect trade-offs between multiple revenue and spending priorities.

Deficit reduction proposals forwarded by the Obama administration and both parties in Congress have included proposed cuts for many federal programs. The Obama administration has proposed reining in the growth of spending on Medicare, Medicaid, and other entitlement programs. Congressional Republicans have proposed cutting spending on most federal programs, including education, the environment, transportation, and many others.

Much of the debate between the parties has centered on tax policy, particularly their differing treatment of households with annual incomes over $250,000. One of the issues currently being debated is the estate tax, which levels a modest tax (averaging 14.5 percent of the total value) on the top 0.15 percent of inherited estates, while leaving the vast majority of estates (99.85 percent) untaxed.

This analysis examines the array of options currently being considered for the estate tax. With wealth disparities between the wealthy and middle class continuing to grow under current law, now is not the time to reduce or continue already low rates of taxation on wealth inherited from the top one percent of estates. 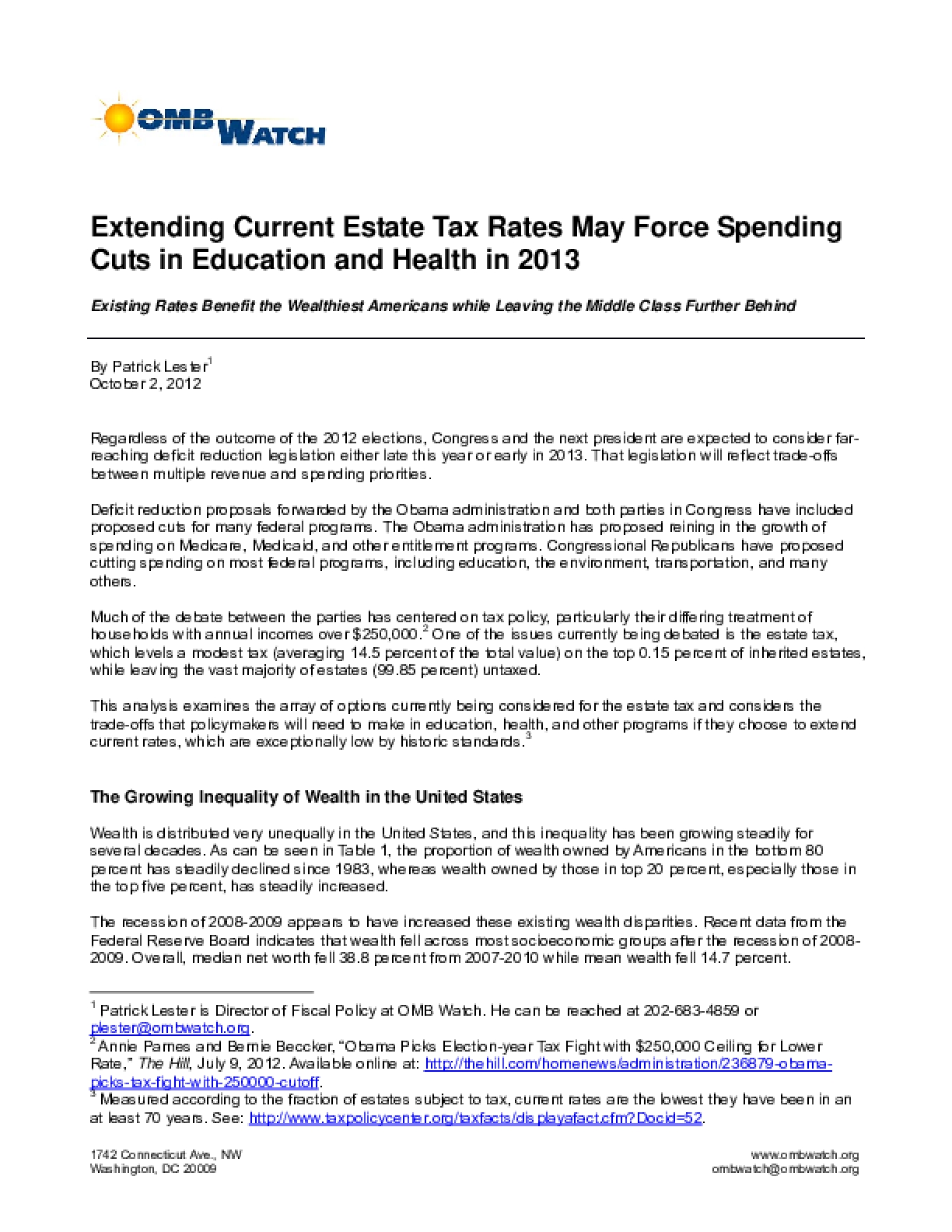