Expanding the EIC in 2009: Increasing the state Earned Income Credit would add fairness and help low-wage working families and communities across Oregon

This tax season, Oregon will require a minimum wage worker who was employed full-time, year-round last year and supported one child to pay about $321 in state income taxes. That's equivalent to about a month of food for this hard-working but financially insecure family. Oregon's Earned Income Credit, enacted in 1997, has certainly helped Oregon's most vulnerable families. Because the credit is so small, though (it's one of the nation's smallest among states with such credits) Oregon income taxes are still taking a month's worth of food off the table of vulnerable families. By expanding the Earned Income Credit (EIC), Oregon can give a hand up to low-wage working families, rather than leaving them behind. Read OCPP's fact sheet, Expanding the EIC in 2009, which includes tables and maps showing EIC returns as a share of all returns by state legislative district. 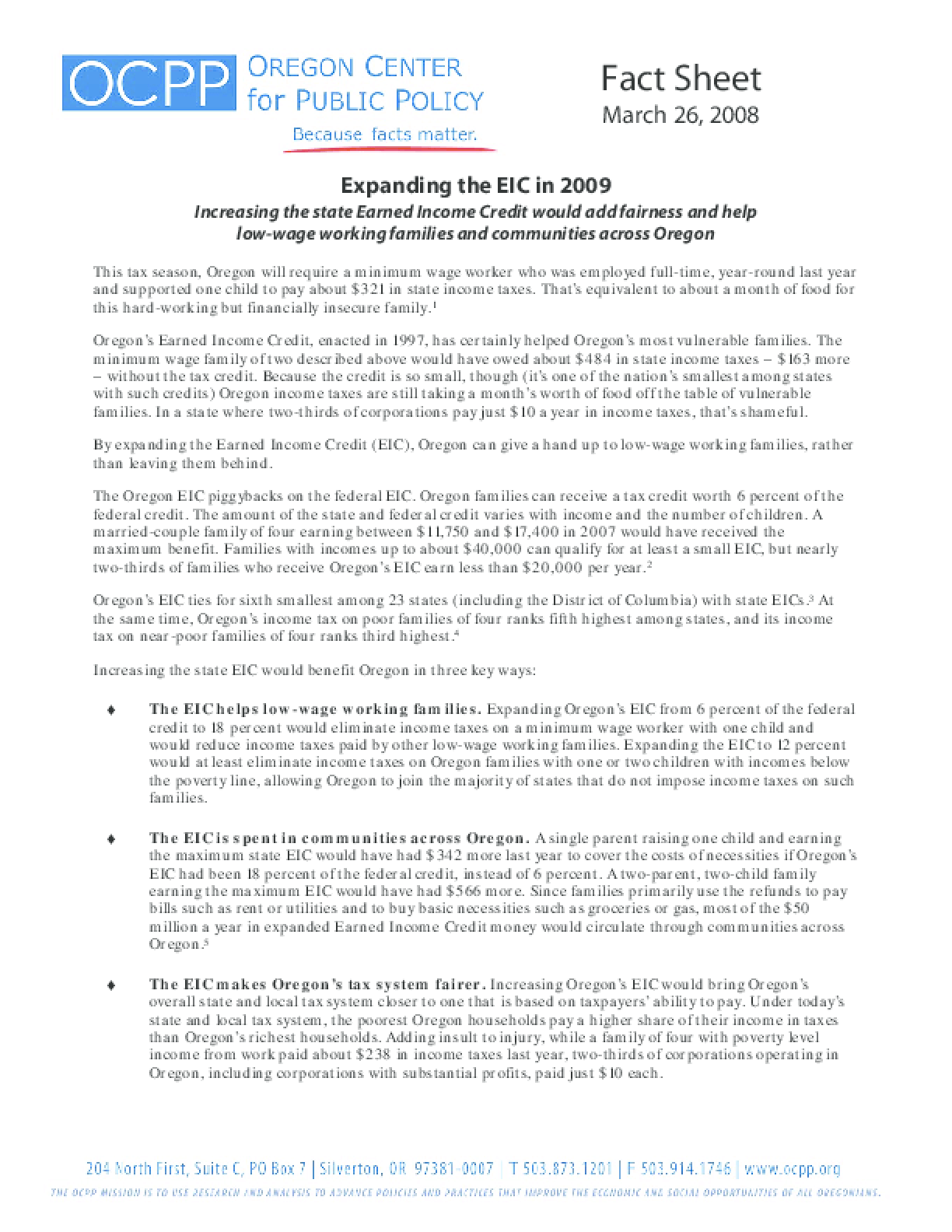