The mission of the Texas Department of Criminal Justice (TDCJ) is to provide public safety, promote positive change in offender behavior, reintegrate offenders into society, and assist victims of crime. Many of these goals are accomplished through providing a rehabilitative environment for offenders. It has been a collaborative effort between TDCJ and the Texas Legislature to determine the programmatic needs of offenders and to ensure the agency has the resources to achieve the goal of successful reintegration of offenders. To ensure the effectiveness of rehabilitation programs and pursuant to a recommendation made by the Sunset Commission, TDCJ performs routine evaluations of rehabilitation programs to ensure the programs reduce offender reincarceration and parole revocations. This report summarizes the results of offenders who were released in Fiscal Year 2007 who completed one of the following rehabilitation tier programs; InnerChange Freedom Initiative (IFI), In-Prison Therapeutic Community (IPTC), Pre-Release Substance Abuse Program (PRSAP), Pre-Release Therapeutic Community (PRTC), Serious and Violent Offender Reentry Initiative (SVORI), Sex Offender Education Program (SOEP), Sex Offender Treatment Program (SOTP) or the Substance Abuse Felony Punishment (SAFP) program. Most offenders who participate in the rehabilitation tier programs do so as a condition of release pursuant to a consideration given by the Board of Pardons and Paroles (BPP). Some programs allow for participants to be placed without a BPP vote. All participants of the programs are included in the study. Offenders in the SAFP program are on either probation or parole. District Court judges send probationers and the BPP sends parolees to SAFP. Successful completion of the program is a condition of their remaining on supervision. The descriptions of programs that head each section are current descriptions of the program. Some have changed slightly since FY 2007. The report provides a two and three year recidivism analysis (see methodology section) of offenders who completed each of the rehabilitation programs. An additional rehabilitation program, In-Prison Driving While Intoxicated (DWI) Recovery Program offenders was created in FY 2008. This program will be included in future recidivism reports when its program participants have been released for the requisite three years. 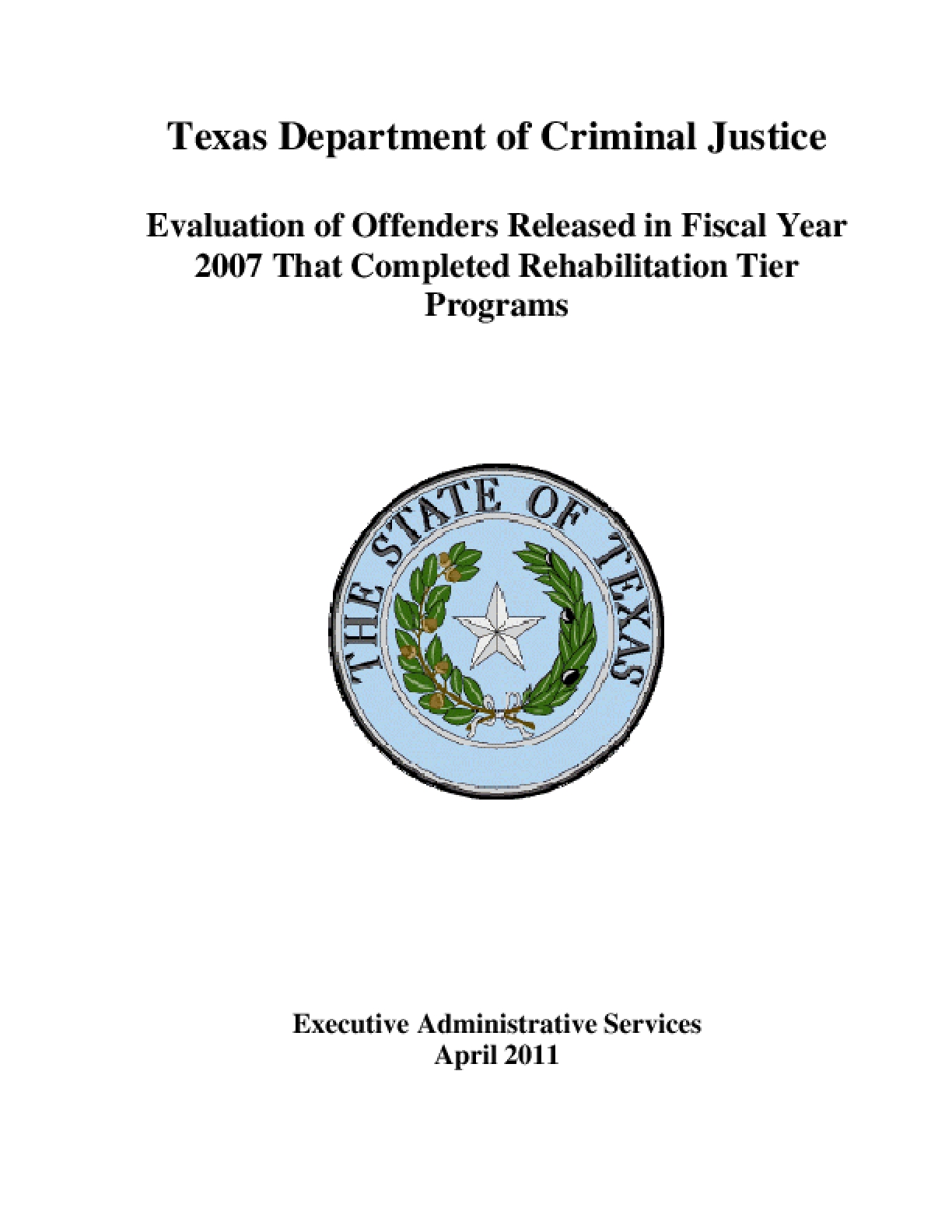