Effective Surveillance in the Waters of the Pitcairn Islands Marine Reserve

Located in the middle of the South Pacific Ocean, the Pitcairn Islands are a British Overseas Territory and, as of August 2016, home to one of the world's largest fully protected marine reserves. The Pitcairn Islands Marine Reserve, almost 3.5 times the size of the United Kingdom at about 830,000 square kilometres (320,465 square miles), serves as a habitat to at least 1,249 species of marine mammals, seabirds, and fish. It safeguards one of the most pristine ocean environments on Earth. But even for wealthy nations, enforcement of reserve rules—such as prohibitions on commercial fishing and seafloor mining—in such a remote area is challenging and expensive. To address that issue, new methods and cutting-edge technologies have been used to develop an enforcement strategy for this reserve. 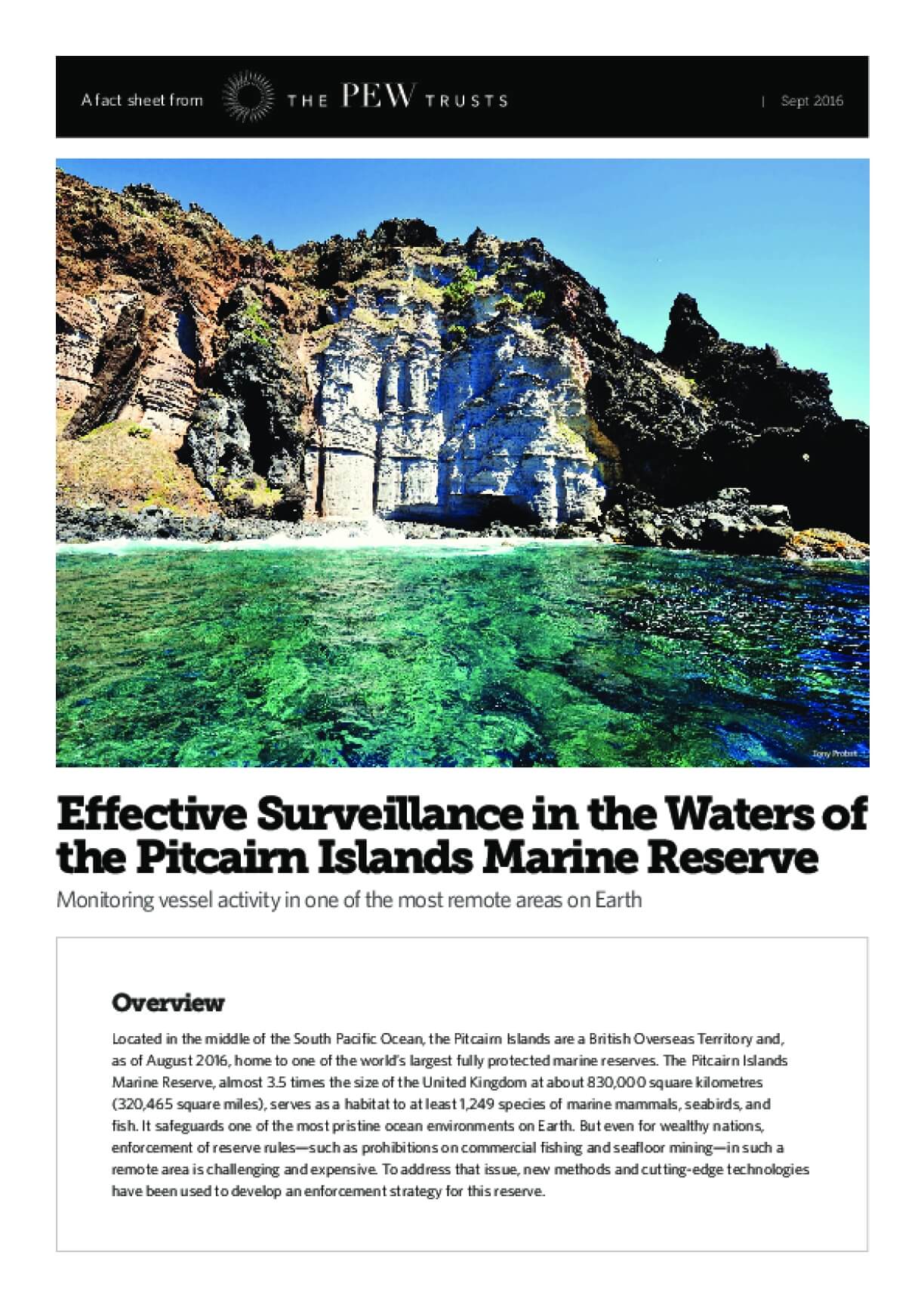