Child poverty in the United States remains stubbornly high, with 12.2 million children living in poverty in 2013. Nearly 17 percent of children in the United States lived in poverty in 2013 -- a higher rate than for other age groups, and considerably higher than the child poverty rate in other advanced industrialized countries. The U.S. deep child poverty rate -- children who live in families with incomes less than half of the poverty line -- was 4.5 percent of all children in 2013, meaning nearly 1 in 20 children live in families that cannot even afford half of what is considered a minimally adequate living. One key policy for reducing child poverty is the child tax credit (CTC) -- which reduces the child poverty rate from 18.8 percent to 16.5 percent of American children. There is broad acceptance of the importance of the CTC, and key expansions to the CTC were made permanent at the end of 2015. At a moment when leaders ranging from President Barack Obama to Speaker Paul Ryan are talking about poverty, now is an opportune time to explore policy options that would build on this success. This report models two approaches to reduce child poverty in the United States even further -- a universal child allowance and an expanded CTC. A universal child allowance is a cash benefit that is provided to all families with children without regard to their income, earnings, or other qualifying conditions, and that could be subject to taxes for families with high incomes. The U.S. child tax credit, in contrast, is provided only to families that meet a threshold for earnings, phasing in as earnings increase and then phasing out as earnings rise higher. While most other advanced industrialized countries have some kind of universal support for children, the United States does not. For each approach, we begin with a modest reform, and then model increasingly generous versions. In our simulations, we find that even the modest reforms generate important poverty reductions. Our results also make clear that the more we spend on these programs, the greater the reduction in poverty the United States can achieve. 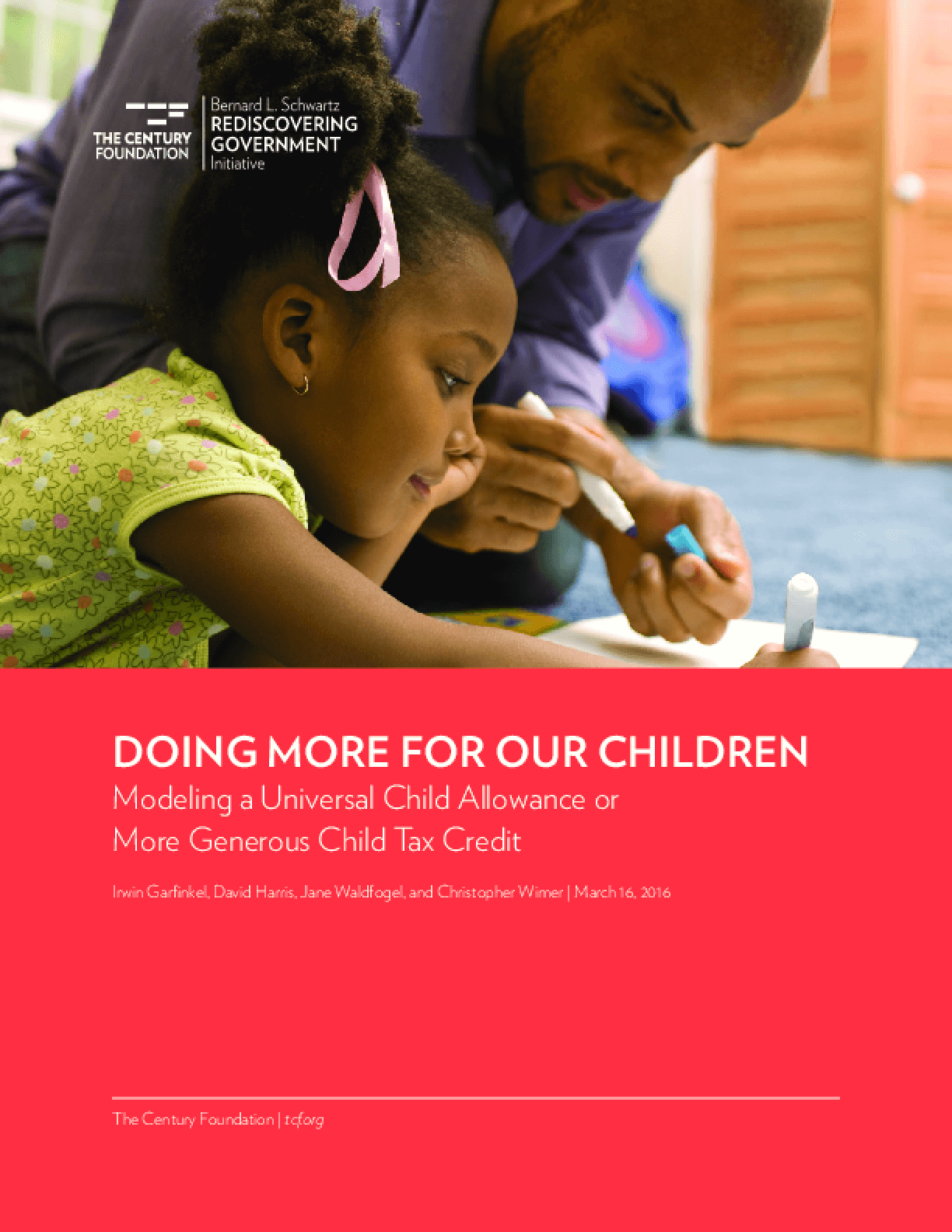