Are Boys Making the Grade? Gender Gaps in Achievement and Attainment

A new study by the Rennie Center for Education Research and Policy finds that Massachusetts boys are lagging behind girls in educational achievement and attainment. The policy brief, Are Boys Making the Grade? Gender Gaps in Achievement and Attainment, was released at a public event on October 3, 2006 at the Bank of America Auditorium. The brief examines gender differences on a number of indicators including performance on the MCAS in math and English language arts (ELA), dropout rates, and placement in special education. Girls matched or surpassed boys' achievement at all grade levels in both math and ELA. A further analysis of high school enrollment patterns showed that boys, specifically Black and Hispanic boys, are most in danger of falling through the cracks in the education system. While data from national exams show that boys continue to hold a slight edge over girls in math, girls' achievement on the math MCAS equals, and in some cases, exceeds boys'. For example, on the grade four math MCAS, girls were more likely than boys to demonstrate mastery by scoring in the top two categories -- advanced and proficient. On the tenth grade math MCAS, which students need to pass in order to graduate, boys are more likely to fail than girls. Boys drop out of high school at significantly higher rates than girls. And they are almost twice as likely to be assigned to a special education classroom. The study presented individual snapshots of the ten largest urban areas in Massachusetts, but determined that gender gaps prevail in schools statewide. Because prior research has made clear that gaps also exist between racial sub-groups of students, the study examined the intersection of race and gender in high school enrollment patterns. This analysis clarified that, between ninth and twelfth grades, the enrollment of Black and Hispanic boys declines at a much steeper rate than their White male, Asian male or female peers. Recommendations The policy brief concluded with a series of recommendations designed to ensure that boys and girls both receive equitable educational opportunities. They included: 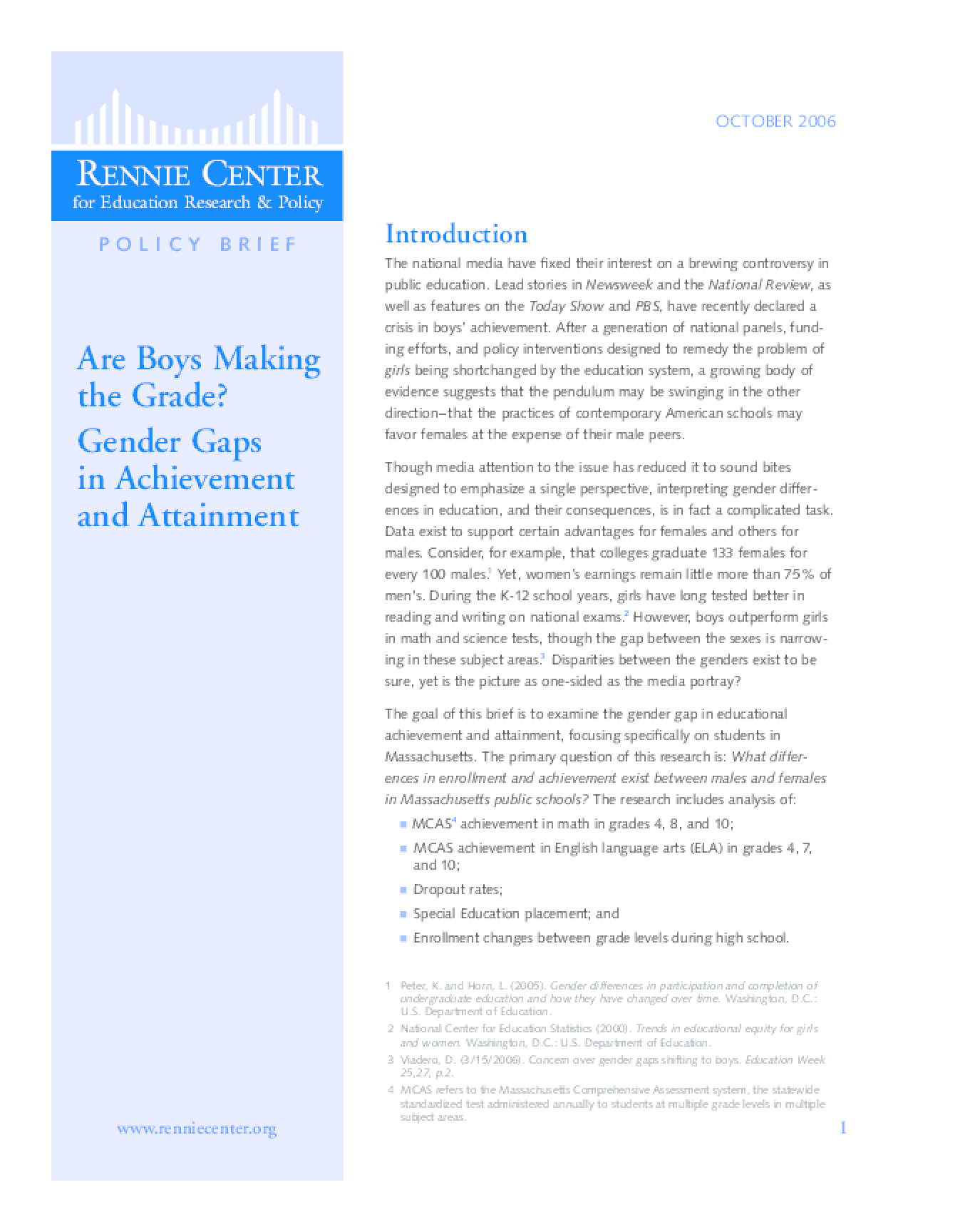