Americans Evaluate the Balance between Security and Civil Liberties

In the aftermath of recent high-profile attacks on Western targets by Islamic extremists, fear of terrorism has grown while the public remains divided on whether the struggle against terrorism is worth the loss of some rights. In the latest Associated Press-NORC Center for Public Affairs Research poll, 54 percent of Americans say it can be necessary for the government to sacrifice freedoms to fight terrorism; 45 percent disagree. About half of Americans think it is acceptable to allow warrantless government analysis of internet activities and communications—even of American citizens—in order to keep an eye out for suspicious activity. About 3 in 10 are against this type of government investigation. Following the attacks in Paris and California, the level of concern about being personally affected by terrorism is relatively high compared to prior polls. Twenty percent of Americans have a great deal of concern that they or a family member could be a victim of a terrorist attack, up from 10 percent in an AP-NORC telephone poll taken in 2013. The public is just as uneasy about attacks by Islamic extremists as they are about home-grown terrorism. In recent months, there have been calls by some politicians to monitor mosques and bar Syrians and other Muslims from entering the United States. While a large majority of Americans agree that freedom of religion is important, some people do differentiate among groups. Eight in 10 say it is important that Christians freely practice their religion; about 6 in 10 say the same about Muslims. The nationwide poll was conducted December 10-13, 2015, using the AmeriSpeak Panel, the probability-based panel of NORC at the University of Chicago. Online and telephone interviews using landlines and cell phones were conducted with 1,042 adults. 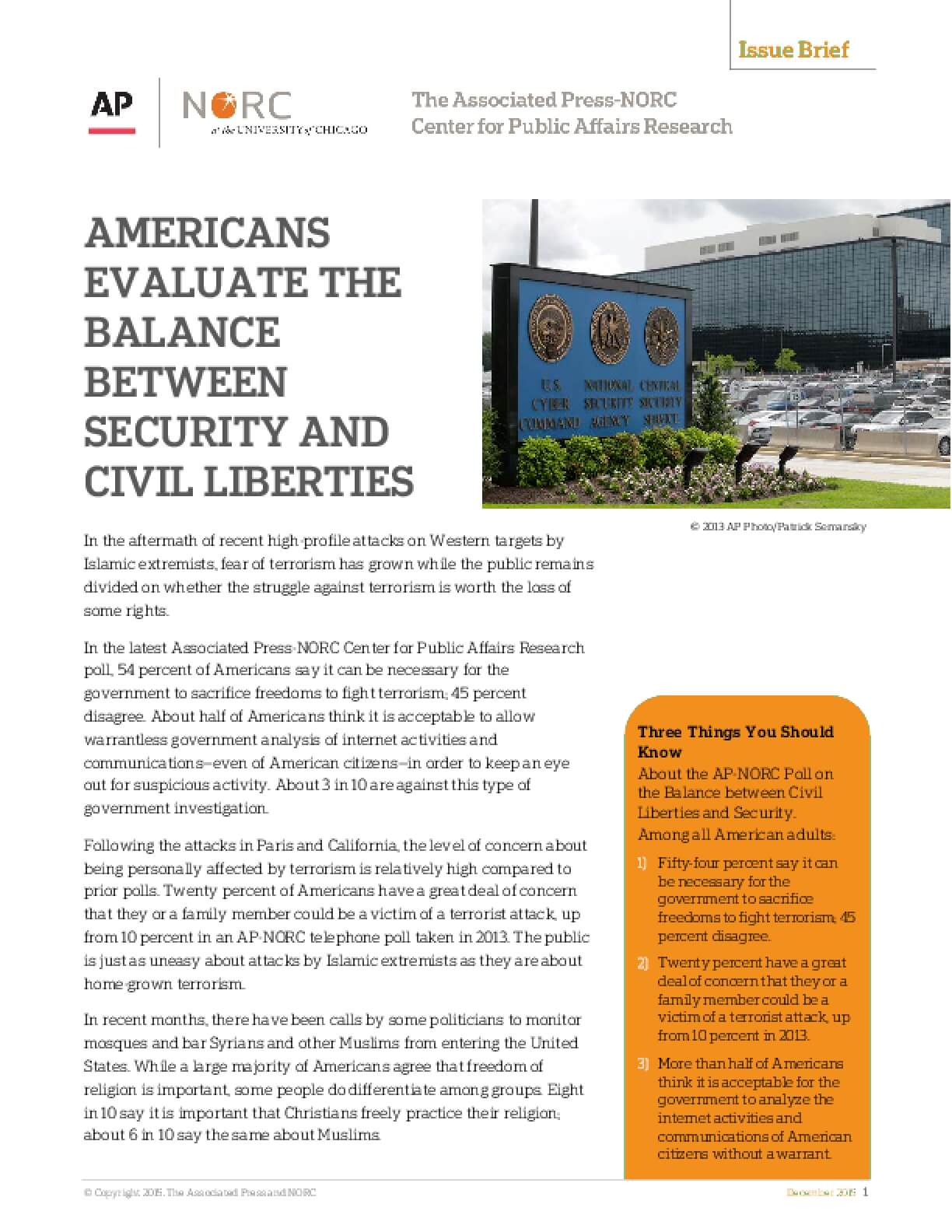